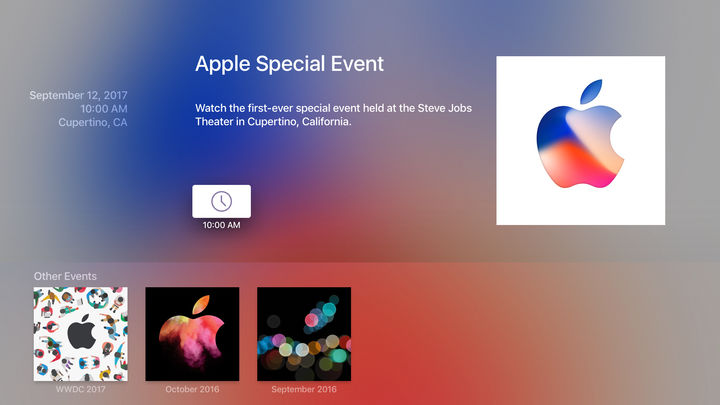 Apple is set to announce its next in line flagship smartphone for 2017. While the rumor mill is still hot with all the latest leaks and rumors, we're still excited if the Cupertino giant will surprise us with something new. Ahead of the September 12 event. Apple has updated its Events app for the Apple TV featuring subtle variations in text and graphics for the landmark of the iPhone 8 keynote. The event is to be held at the Steve Jobs Theatre at the company's new campus in Cupertino, California. So let's dive in to see some more details on the update.

Apple's Events app is available for free from the tvOS App Store, so be sure to install it if you haven't already. The app supports the second and third generation of the Apple TV models as well running software version 6.2 or later. When you open the Events app, you will be prompted with a message inviting you to, “watch the first-ever special event held at the Steve Jobs Theater in Cupertino, California.”

The Events app is not available for the iPhone, iPad or the Mac. However, a third-party version of the app is available for macOS and can be downloaded from GitHub for free. Moreover, it has been refreshed with support for streaming the September 12 keynote. If you want to watch the event live, Apple is streaming the keynote at apple.com/apple-events/september-2017/. You can also add the event directly to your iCloud Calendar which will notify you 15 minutes before the event kicks off. 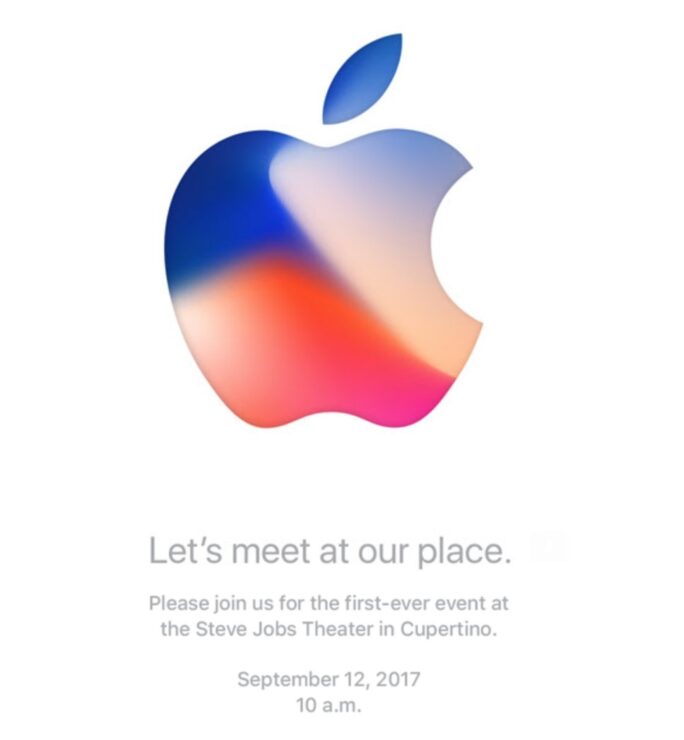 However, there are certain requirements that you have to follow if you're willing to watch the event live on your iPhone, iPad or Mac. The September 12 iPhone 8 event requires you to have Safari on iOS 7 and above and Safari 6.0.5 or above on macOS 10.8.5. In addition to this, you can also watch the event live on your device running Windows 10 or above as well. Make sure you view it on the Microsoft Edge browser.

We will be extensively covering the event as it happens so be sure to stay tuned with us for detailed coverage. The iPhone 8 is said to feature a gigantic design change than its predecessor, however, the iPhone 7S and iPhone 7S Plus are said to be equipped with faster internals but almost same design aesthetics. We will have to wait and watch if Apple has planned a surprise for its customers.

This is it for now folks. Do you think the company will upgrade the Apple Watch as well? Share your views in the comments.