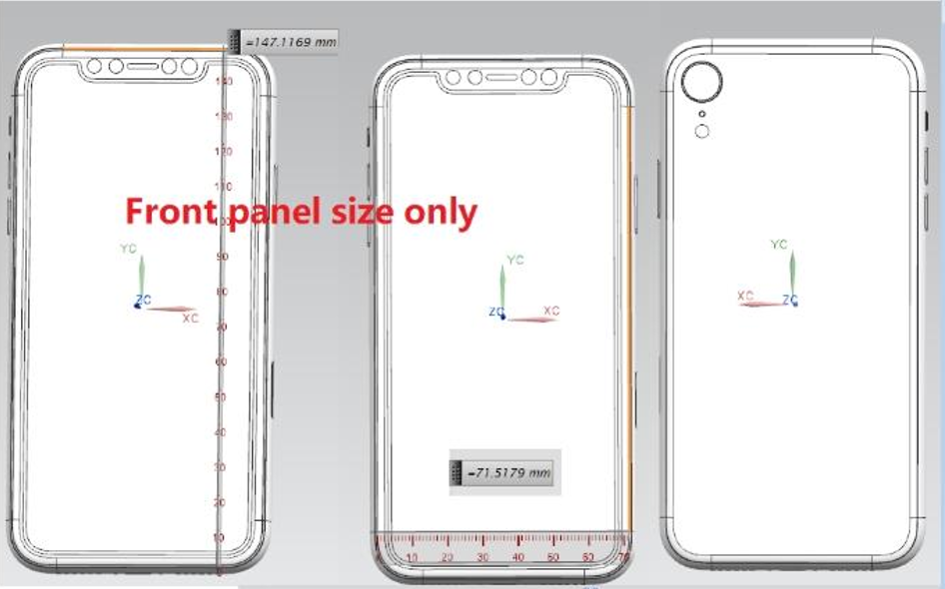 Famous Apple insider Ming-Chi Kuo might have left KGI securities but that doesn't mean leaks will stop heading our way. Right now, Apple is expected to launch three new iPhones this year. Two of these will succeed the iPhone X and one will present a mixture between the lineup's old approach present on the current iPhone 8/8 Plus and the new direction present on the iPhone X. Today, we've got a rather detailed leak for the iPhone X(s) Plus and the iPhone 9 that provides several details for their dimensions and design. Take a look below for more.

Apple introduced a rather dramatic shift on the iPhone lineup last year when it chose to launch the $1000 iPhone X with only 3D facial recognition for biometric verification. Cupertino had taken the lead with fingerprint sensing on the iPhone 5s and chose to maintain its edge in the department with Face ID.

The fact that Apple was unable to also equip the iPhone X with fingerprint sensing left it with only one choice. Forced to maintain its mantra of laser-like focus without cluttering features, Apple went as far as to claim that facial recognition makes fingerprint reading obsolete. This claim suggested that the company will now try to migrate as many users to Face ID as possible.

The iPhone X's ludicrous price tag is a hurdle in this goal, despite carrier plans and various upgrade options making it easy for users to purchase the device. To solve this, Apple will equip an iPhone (tentatively dubbed as the iPhone 9), with an LCD display, a metal back and a True Depth camera setup. Today, we've got schematics for this device and the larger 6.5" iPhone XS Plus from a case manufacturer. 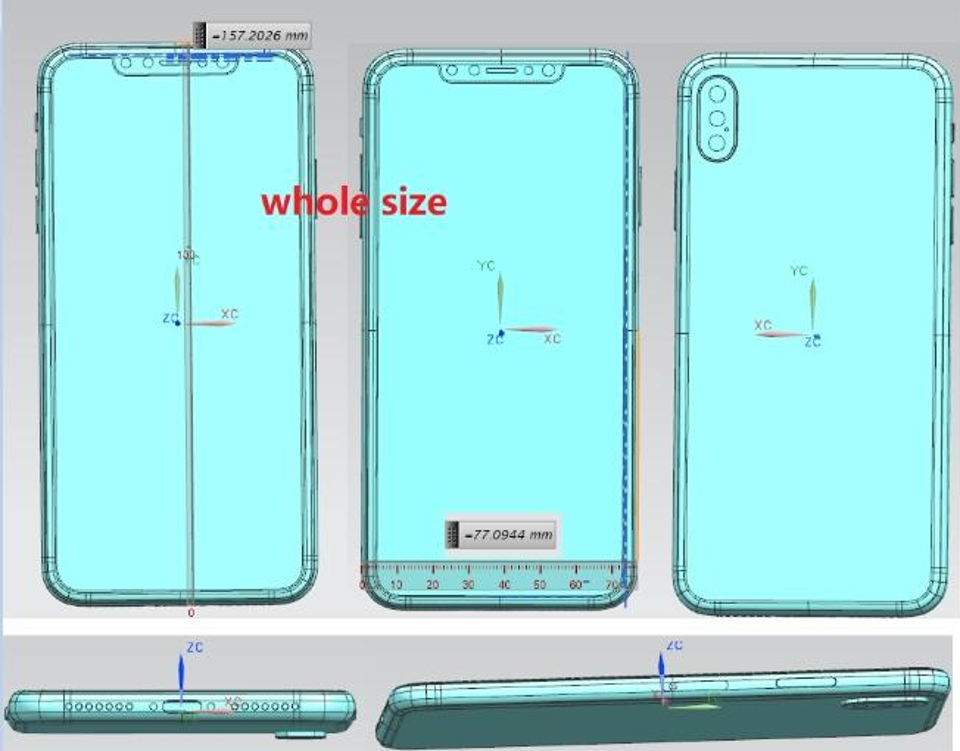 The iPhone X(s) Plus 2018 Will Measure 157.2x77.1mm Suggests Alleged Case Leak As It Provides Numbers Off By Decimal Points From Earlier Leak

Allegedly originating from case manufacturer Ghostek, the schematics for the iPhone XS Plus almost corroborate an earlier leak for its dimensions and confirm what we should reasonably expect from Apple this year.

As you can see in the image, the device measures 157.2x77.1mm. An earlier leak from a more reliable source pegs the iPhone XS Plus with 157.5x77.4.7.7mm. While the difference doesn't look much for the layman, it is sufficient to cast doubt towards one of these. Which one is authentic? Well, the first one is more comprehensive in terms of dimensions as we're also given details for the smartphone's thickness.

However, today's leak resembles schematics that have leaked for earlier models of the iPhone. In addition to these details, the presence of a dual camera setup, an edge to edge display and a similar form factor to the iPhone X is also confirmed; marking the iPhone XS Plus as an iterative upgrade. 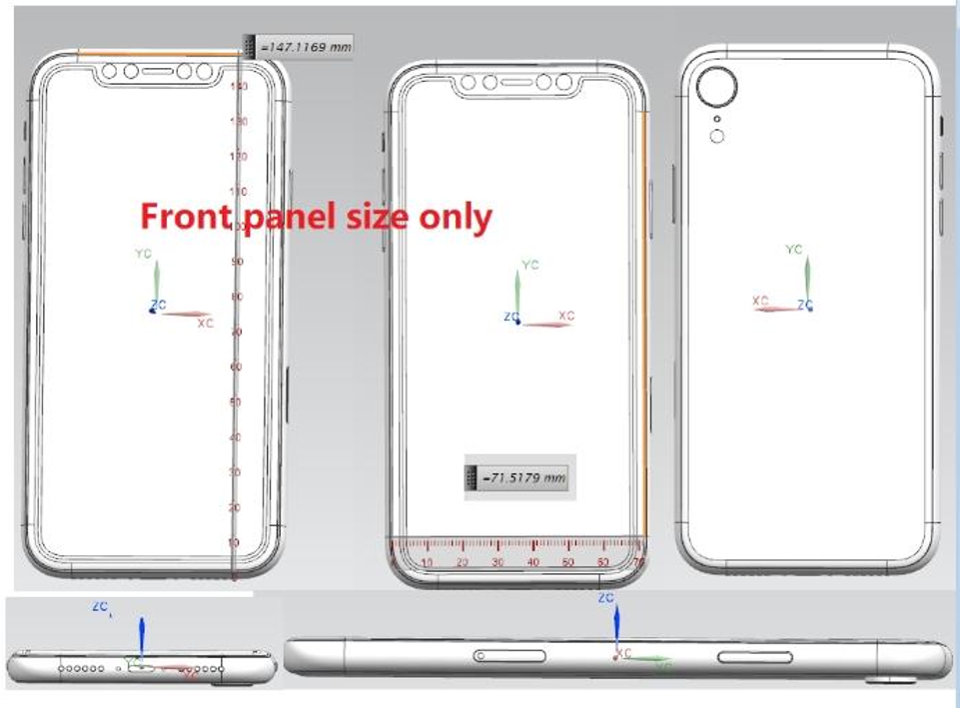 The 6.1" LCD iPhone 9 2018 Will Measure 147x71.5mm Suggests Latest Leak, Making For A Much Smaller Device As Suggested By Earlier Leaks

In comparison to the schematics for the iPhone XS Plus, the ones for the alleged iPhone 9 are more interesting. These put the device's dimensions at 147x71.5mm, making for a middle ground between the iPhone 8 and iPhone 8 Plus. However, when we consider an earlier leak for the device, things get more confusing.

This leak, from the highly reliable Steve Hemmerstoffer of the French publication NoWhereElse, claims that 2018's 6.1" LCD iPhone 9 will measure 150.9x76.5x8.3mm. As you can see, the differences are a lot more significant this time around. If we compare both of these leaks with the credibility of the sources, the older one wins by miles.

Other details for the 6.1" LCD iPhone 9 show what appears as a wider form factor and a thinner speaker grille. Which is interesting as Apple will remove several mainstream features from the smartphone in order to bring its price point down. Thoughts? Let us know what you think in the comments section below and stay tuned. We'll keep you updated on the latest.