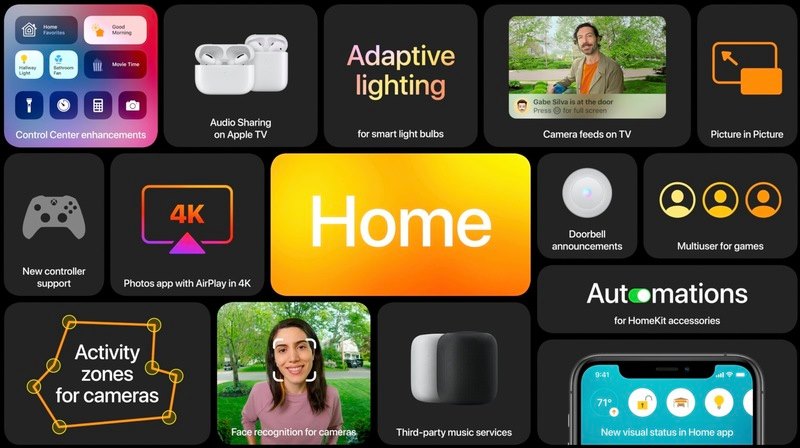 Apple has finally lifted the curtains off the tvOS 14 at the WWDC 2020. As expected, Apple has brought some pretty interesting changes and improvements to the overall operating system and made it even better than it was before.

To start, Apple TV+ is now reaching over 1 billion screens. Additionally, Apple is also expanding their support for Sony as well as for Vizio smart TVs later this year. Additionally, tvOS 14 is going to bring a new picture in picture feature that will allow you to focus on two things at the same time. For starters, you could put on some workout videos, and have the picture in picture to put on your favourite TV show or music videos, the choice is yours and honestly, the overall usability is as far as your imagination is concerned.

tvOS 14 also brings new features such as improvements to how it will be used for gaming. For starters, it is now going to have multi-user support. You are also getting support for AirPlay expansion in 4K. Apple has also done something great for the gamers by introducing support for Xbox Elite 2 as well as support for Xbox Adaptive Controller, which will make the overall experience much better. Additionally, with tvOS 14, you can also turn off Audio Sharing feature if you wish to.

Last but not the least, Apple TV will also have a live view for cameras, and you will also be able to receive notifications whenever the cameras spot someone. A pretty neat and much-needed feature is finally coming to tvOS 14.

Overall, it is safe to say that the tvOS 14 is not a huge update by any means, but the update does bring some much-needed features that will only make the experience much better and smoother for those who are using Apple TV.

Head over here to check out our complete WWDC 2020 coverage.