Apple, Google & Others Urging Trump to Allow Immigrants to Continue to Work in the U.S. or Risk Harm to the Economy 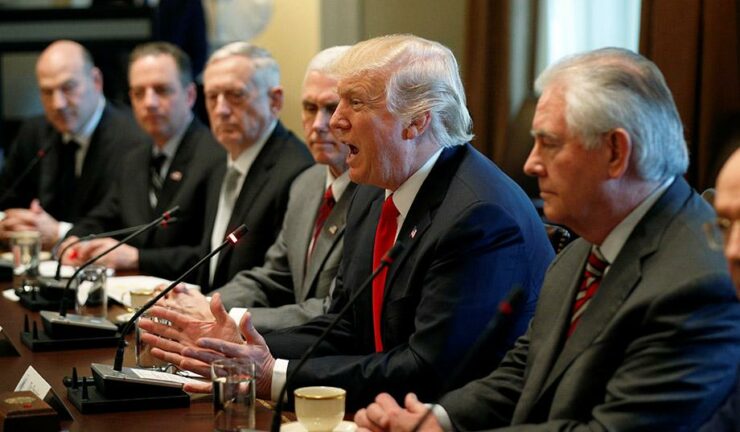 Apple, Google, Facebook, and Microsoft have formed a coalition, along with the other tech companies based in the U.S. to let the Trump administration know that the visa changes that have been sought out are going to be deleterious for the country from an economic standpoint. Instead, these companies have proposed something different, as detailed below.

Tech Giants Have Proposed to Trump to Allow Immigrants to Continue Working in the U.S. Otherwise it Could Damage the Economy

Speaking through a range of lobbying groups, Apple and others stated that if such firms lost these employees then it would be detrimental to the U.S. economy.

“We represent employers who are committed to growing the U.S. economy and creating jobs for American workers. However, we cannot achieve these goals unless companies can recruit and retain the most qualified employees.”

“Employers would also face an increased risk that their valued, long-term employees will choose to leave their companies for other employment opportunities in countries that allow these workers and their families to raise their standard of living.”

Under the Obama administration, USA grants work visas to highly-skilled immigrants who offer particular value to U.S. companies. Under an amendment introduced, spouses are also offered work permits to make a move to the States more practical and they are given an opportunity to improve their lifestyle at the same time. Unfortunately, under the Trump administration, things have taken a drastic turn.

According to the details, Trump is attempting to make it harder to recruit the best-qualified employees, and as a result, this might lead to many existing workers leaving the country in the foreseeable future. At least we can agree on the fact that these tech companies are attempting to stand up for their employees and do what is right so that their employment is secure in the country.