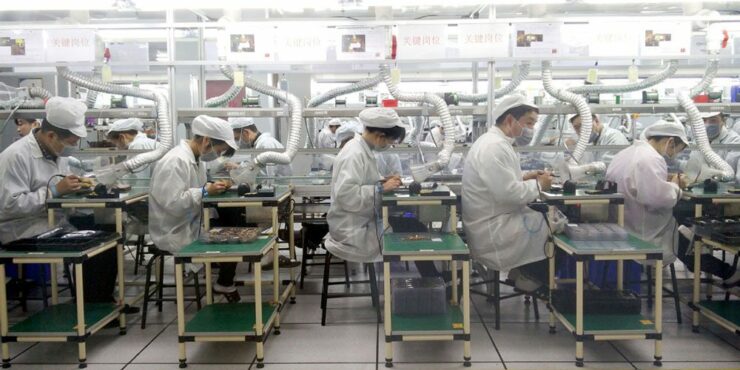 Due to the ongoing health crises around the world, most of the Apple stores have been closed since March 14th, earlier this year. As a direct effect to that, demand for Apple products has been falling and according to the recent report by Financial Times, this is causing the suppliers to have a reduced staff as well as reduced overtime hours.

The report indicates that several people working at the Zhengzhou complex of Foxconn, the complex that is responsible for the assembly of iPhones, have said that the company is currently not hiring. Additionally, they are also letting go off numerous temporary workers that the company hired in order to increase the pace of production following the factory shutting down back in February.

Foxconn is not the only company who is currently going through this, Pegatron is also cutting down on the employees following the reduced demand. Based on estimation, about a thousand temporary as well as third-party workers were fired. As per an employee working at the Pegatron factory, there are no orders coming from the US, which means there is no point in keeping extra workers.

At the time of writing, Apple has started reopening its stores. This started with the reopening of the retail store in South Korea. We have no official word on just when the stores in the US are going to open, but the speculated date points towards May and the reopening will be done in a rolling basis after Apple has considered all the local conditions and guidelines for different places.