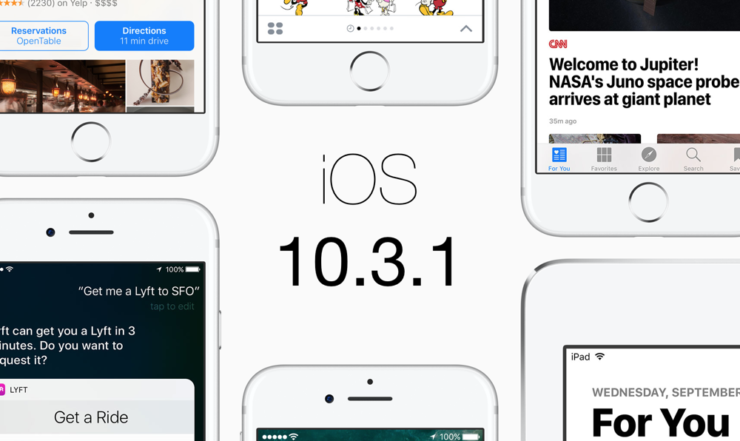 Apple had seen fit to release its iOS 10.3.2 software update on May 15 for all compatible iPhone and iPad models. Today, the company has stopped signing iOS 10.3.1. What this means is that now users will not be able to downgrade to iOS 10.3.1 and instead they are required to remain on iOS 10.3.2. However, if you're currently on iOS 10.3.1 or lower, once you update to the latest iOS 10.3.2, you will not be able to go back. So let's dive in to see some more details on the subject.

Apple stops signing a specific iOS version followed by the release of a newer version. This way, the company ensures and convinces its users to install and keep on the latest build. There are several advantage of keeping your iOS up to date. With the latest iOS build installed users will be able to get their hands on the improved security and performance enhancements. However, there's one such community which is most affected by the move.

Usually, when a user downgrades to an older firmware, it's most probably due to the jailbreaking needs. The Yalu jailbreak team released the last stable jailbreak for iOS 10.2 a few months back. Since then, there have been no new jailbreak releases. The Cupertino giant has also been testing iOS 10.3.3, which currently rests in the beta phase and is a work in progress.

The forthcoming update is again a minor update as no forward facing features have yet been discovered. It will mainly constitute bug fixes and performance enhancements for a much smoother experience. iOS 10.3.3 will be released sometime in the next couple of weeks before the company releases its next in line firmware update, iOS 11.

Since iOS 11 is also available in the beta format, KeenLab has demoed a working jailbreak on some of the latest iPhone models. This depicts the future possibility of jailbreaking iOS 11, meaning the advanced firmware could possibly prone to exploits as well. Nonetheless, it depends on time whether it will be available to the general public or not.

At this point in time, if you're lucky enough to possess a jailbroken status, we recommend you do not update to the latest firmware. If you do so, you will not be able to revert back.

This is it for now, folks. What are your thoughts on Apple's decision to stop signing iOS 10.3.1? Share your views with us in the comments.