Google Now has been quite a rough contender for Apple when it comes to voice based search components. However, we're hearing an interesting news about Apple unveiling its new 'Proactive' to take on Google's voice based search platform, Google Now. So what basically is Proactive and how does it plan to rival Google Now? Read on. 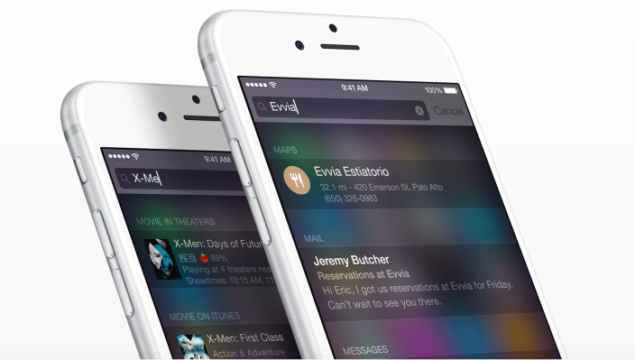 Apple is reportedly working on a program that will be integrated with Siri, Contacts, Maps, Calendars, Passbook and more that aims to provide expanded searches on Spotlight. The feature is called Proactive and it is expected to come with iOS 9. Proactive is basically a search tool that is built within the core of iOS that will replace the traditional Spotlight search menu or be part of it.

As mentioned before, Proactive is a search tool which will have its own bar for easy access, as that of the Spotlight search. It can either be accessed from the left side of the screen or the drag down gesture as of the Spotlight. The searches will include content from app data like email, apps, music and more. Below the search bar lies key aspects that will display content from apps according to your preferences. The idea seems similar to that of Ralph Theodory's iOS 9 concept where below the search bar were some hotkeys to load data from different type of applications.

For example, if a user has a flight listed in her Calendar application and a boarding pass stored in Passbook, a bubble within the new Proactive screen will appear around flight time to provide quick access to the boarding pass. If a user has a calendar appointment coming up, a map view could appear with an estimated arrival time, directions, and a time to leave indicator based on traffic. Proactive will also be able to trigger push notifications to help the user avoid missing calendar events. Even with these new notifications, however, the existing Notification Center apparently isn't likely to see major changes.

Support for third party application is present and Proactive will respond to app data through learning user's habits. Speaking of third party apps, developers in iOS 9 may have an access to SIri API, known as 'Breadcrumbs' that means your voice searches may not be private after all. However, Apple does not grant full access due to privacy reasons.

Apple Maps may also play an important role in the Proactive plan. Since Maps is getting transit routing feature, which will be redesigned to show an augmented reality view plus a new feature called the 'Browse Around me'.The Augmented reality feature shows info-graphs that will be displayed to the user as he points the camera at a specific restaurant or any other listing. Results may appear judging by the type of location or place. However, one can never be to sure about the feature to show up in the iOS 9. The features listed are not compulsory to show up in iOS 9 as there is always scope for a change. As for now, let us know in the comments how you liked the Proactive integration?