Apple Share Price Hike Inevitable – Mostly to do with iPhone 6

Apple's share price is estimated to increase as the tech giant moves to announce its quarterly earnings next week. With the sales of the iPhone 5s steadily rising, overcoming the lower priced 5c and with the announcement of the upcoming iPad retina and the iPad air, it is inevitable that the share price will rise. 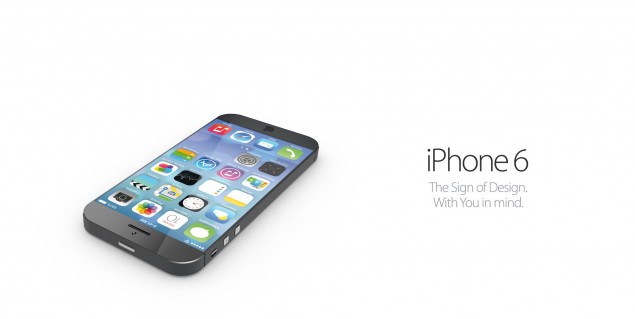 Tips pertaining to the new Apple iPhone 6 which is going to be released in Q2 next year are coming in. It Is expected to have a Bigger screen than its predecessor. Reports suggest that it is going to be released in next year summer,rumored to be released around that time is the Apple  smart watch or iWatch, the new iPhone will incorporate the NFC technology to keep it aligned with its competitors. NFC aka near field communication is increasingly being incorporated in a number of devices to serve a number of needs, most importantly the Google wallet.

With Apple Share Price currently at $526, experts expect it to increase at least by $100 to $630. With the rumors of the iPhone 6 flying around it may be possible that Apple share price increases beyond bounds, in its prime when sales were paramount, it neared almost $750.

The iPhone 6 is expected to house a next generation imaging sensor which will reportedly outshine most camera-phones. According to analysts, the recent decline in sales of the iPhones 5S and 5C the public has lost interest. With the announcement of the next generation flagship Apple hopes to rouse the public's enthusiasm to better heights.

It is not clear whether the iPhone 6 will come with a 128 GB storage option or the cap it with the already available 64 GB. It is also unknown whether the home button will contain a finger print recognition device or will the phone contain a home button at all! It is too early to tell about the specs of the upcoming iPhone but one thing is clear, it will be no less than a sensation.