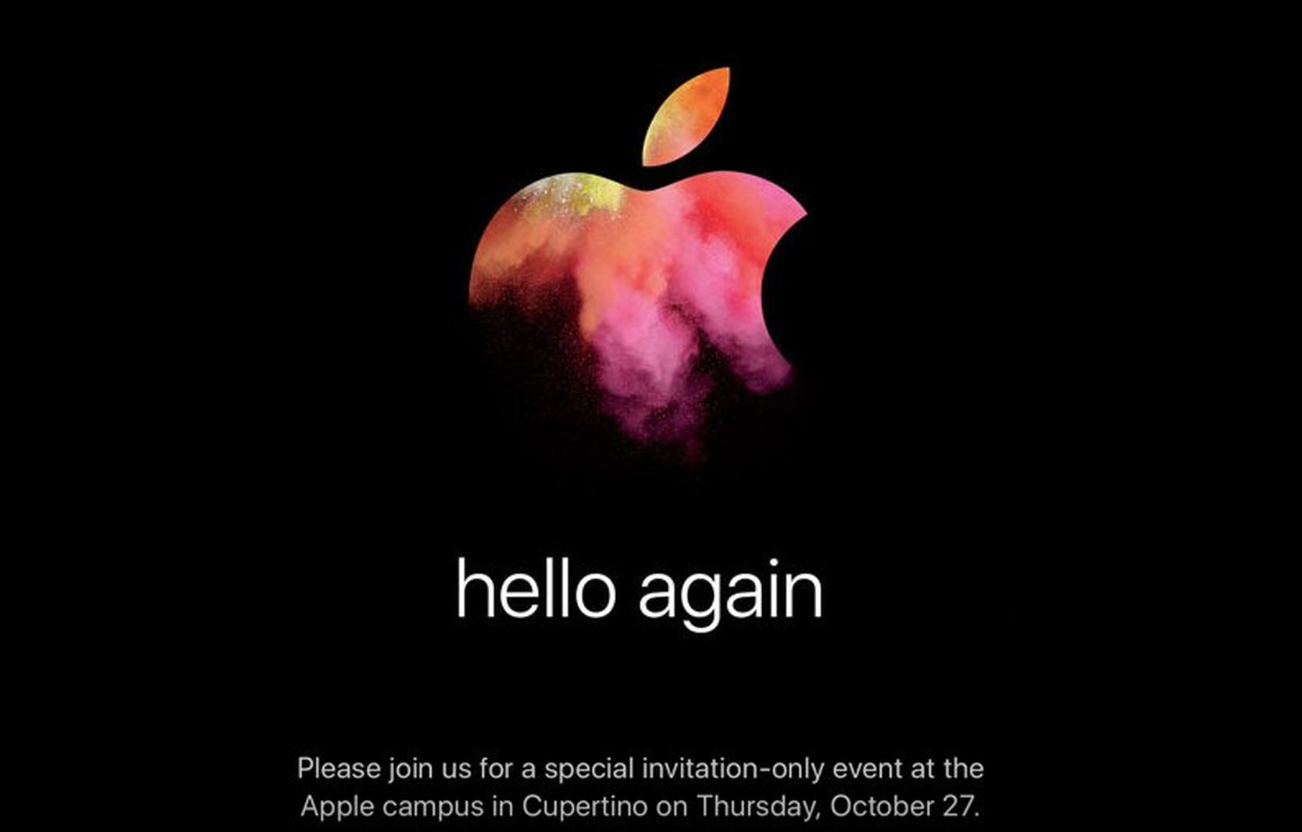 It's official - Apple has sent out press invites for a 'Hello Again' Mac event to be held on October 27th. Apple will likely use this keynote to announce new Mac hardware.

Apple has just sent out press invites for a special event captioned 'Hello Again' that will be held in the company's own Town Hall conference center in Cupertino. The event is dated to take place on October 27 and will likely serve as a stage for the announcement of new Mac hardware. The event will kick off at 10pm Pacific Time.

Just like its previous events, Apple will be live streaming the entire Mac event as well, so you can visualize everything on your iOS device, Mac, Windows PC or Apple TV as it unfolds.

Given how much the Mac is due for an upgrade, it's possible the company will revamp its entire lineup, with the 12-inch MacBook being the obvious exception since it got a spec bump earlier this year.

Speaking of upgrades, the MacBook Pro is set to receive a thinner body along with a new OLED touch bar at the top of the keyboard. It's somewhat unknown what the touch bar would ultimately do on the MacBook Pro, but we're guessing it would allow users to see certain bits of information that would otherwise clutter what is being displayed on screen. Furthermore, it's rumored that the device will ditch all of its USB-A ports in favor of USB-C, while also gracing a Touch ID sensor that would be built right into the power button.

The MacBook Air is also destined for an upgrade, and it's rumored the device will see a slight spec bump while ditching the USB-A ports for USB-C. It's unlikely the device will receive any sort of 'physical' upgrade at this point, since it makes sense for Apple to keep premium features rested in its 12-inch Retina MacBook.

The Mac Pro is also way overdue for an upgrade, and we hope Apple will address the gripes of Pro users with upgraded hardware options. We aren't expecting any sort of physical upgrade to the Mac Pro but anything at this point regarding the computer is pure speculation.

We will know for sure what Apple has in store for us come October 27. We will cover the event from start to finish, bringing to our readers everything the company will announce on stage. Meanwhile, mark sure to let us know in the comments section what you want to see from Apple at the end of this month.