A new report by IDC says that Apple's Mac shipments saw a growth of 36% percent in Q2 2020, thanks to shipments of almost 5.6 million units. This resulted in a market share of 7.7%, compared to 6.3% in the same time period last year. 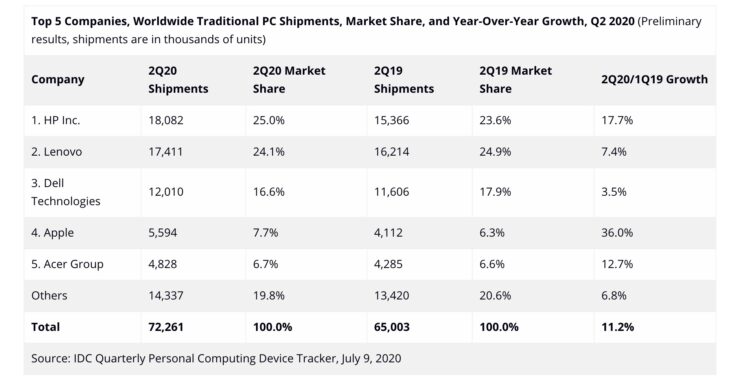 Since last year, the company has launched new models of every MacBook Air and MacBook Pro that it sells. All of them were upgraded with better performance, upgraded base storage capacities, and scissor-switch based keyboards. Due to work-from-home and remote studying during the pandemic, sales have been stronger despite an overall gloomy economic outlook around the world.

"The strong demand driven by work-from-home as well as e-learning needs has surpassed previous expectations and has once again put the PC at the center of consumers' tech portfolio," said Jitesh Ubrani research manager for IDC's Mobile Device Trackers. "What remains to be seen is if this demand and high level of usage continues during a recession and into the post-COVID world since budgets are shrinking while schools and workplaces reopen."

On the other hand, as per Gartner's conservative estimates, Apple saw a growth of 5.1% in worldwide Mac shipments in Q2 2020, in a time when the overall PC market shipments grew by 2.8%. The PC shipments figures include computers like Microsoft's Surface but not Chromebooks or iPads, otherwise, the figures would tell a different story.

Apple had sold an estimated 4.157 million units in Q2 2019.  This seemed to have a positive impact on Mac shipments which grew by 5.1% to 4.368 million units. Apple's global market share still remains in single figures, at an estimated 6.7% of the total market. 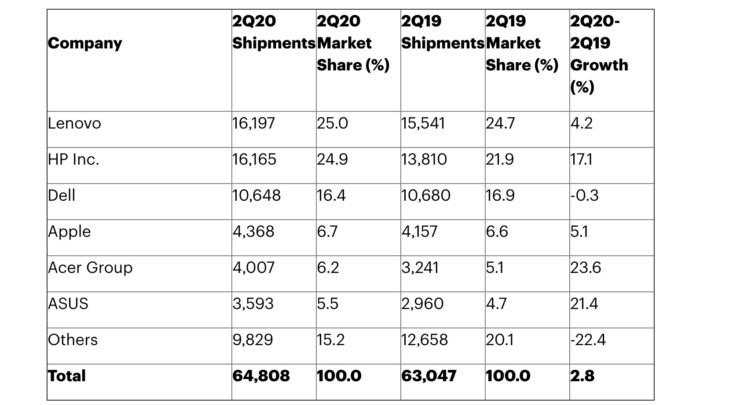 If we just look at the United States, Apple's Mac shipments show similar numbers. The shipments hover a little under 2 million units, resulting in a market share of 13% and a growth of 4.3% over last year. 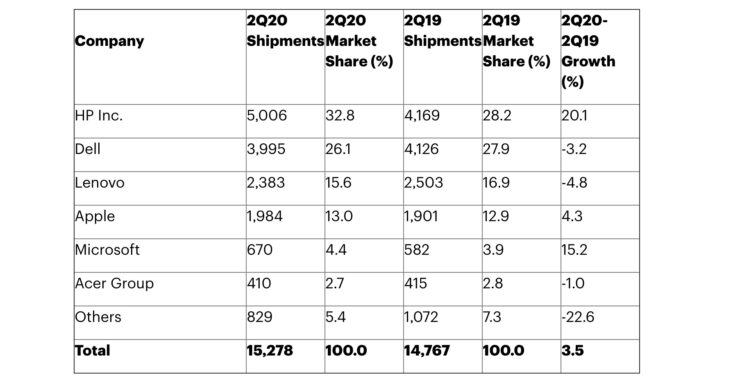 Gartner believes that this uptick in growth was due to people working and studying remotely during the pandemic. The company believes that this growth period will not outlast 2020 and once things return to normal, the sales figures would also decrease.