As we are slowly moving away from the whole XcodeGhost fiasco, a lot of questions are being raised by people around the globe. And in that noise, Apple is doing all it can to get developers on board in the most proper way possible, making sure that they are using legit tools, which are sourced from Apple itself, to craft apps and games. But apart from that, Apple has been vocal about the whole incident, and has today revealed the top 25 names of apps and games which were compromised by the XcodeGhost malware over at the App Store.

While many security firms have already revealed countless names of apps and games that were compromised by XcodeGhost, but Apple's list is as official things can get, given the current situation. And as you can see from the list itself, it's populated by well-known titles such as WeChat and a whole lot more.

Here's the complete list of apps as pointed out by Apple itself that were infested with XcodeGhost malware:

Do keep in mind that most of the above mentioned apps have been removed from the App Store, while others have been updated by the developers themselves that do not have any trace of XcodeGhost malware at all.

Apart from the list above, Apple has also published an FAQ on its website regarding the malware itself. 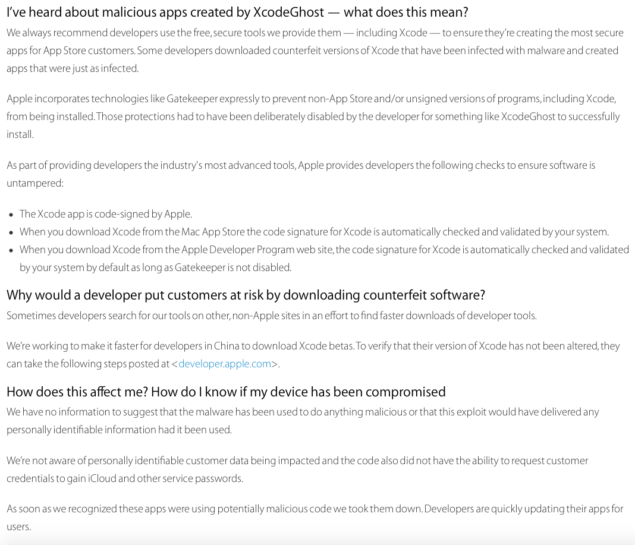 Apple has also revealed that they will be notifying users whether or not they have installed XcodeGhost infested apps. And if you do happen to test positive, then you might need to delete some apps off your device to jump back to the safe side of the fence.

Jailbroken user? Then you can utilize Pangu's tool to check for XcodeGhost malware on your device as well: How To Scan Jailbroken iPhone, iPad For XcodeGhost Malware.