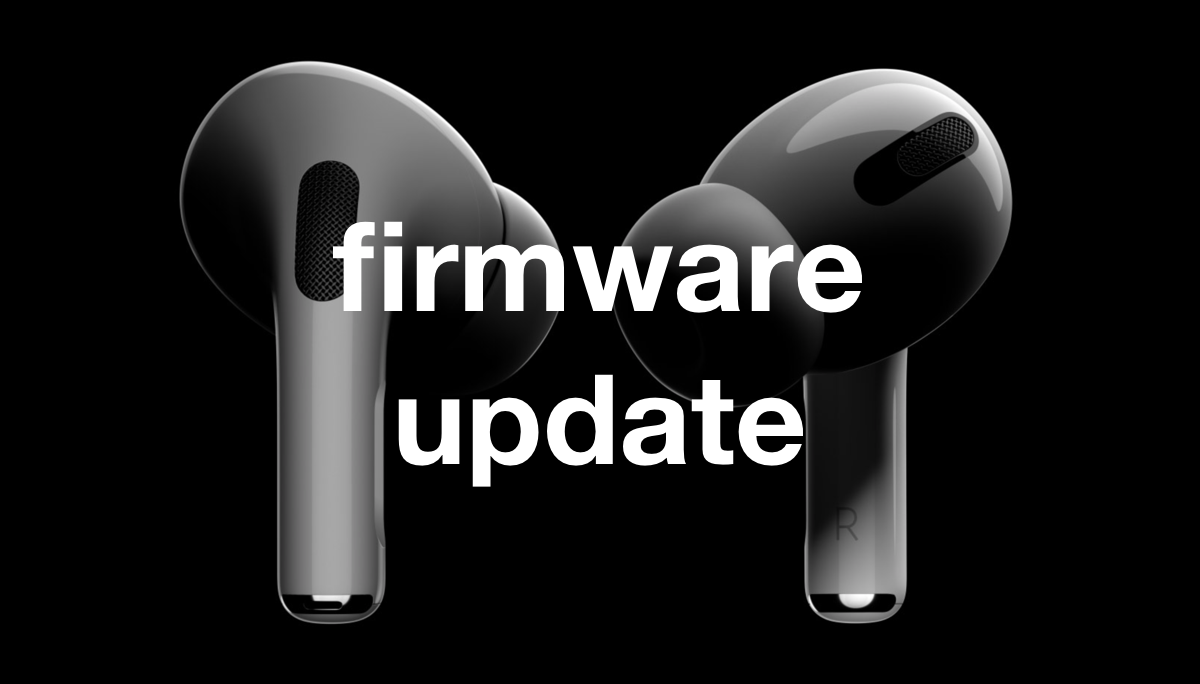 Apple has released a new AirPods Pro firmware update, bringing the version number to 2B588, up from the previous 2B584.

The first ever firmware update of the AirPods Pro is now live. At this point in time, we don't have the slightest clue what the update brings to the table. But if we are to take the wildest guess of our lives then the update should (and must) fix the following issues which users have been facing in day to day use:

You can't manually download the AirPods Pro firmware onto your earbuds, but you can check right away if it is installed or not. Take your AirPods Pro out of their case, connect to your iPhone or iPad then navigate to Settings > General > About then select AirPods. If the firmware version number says 2B588 then you are on the latest release from Apple.

We really, really wish there was a proper and easier way to install the new firmware along with a changelog outlining what has been fixed. But at this point in time, only floating reports will suggest what we get as part of this new firmware package.

We will keep you updated if there is a notable change, even in audio quality, which we highly doubt at this point.

Update: We have received the update on our AirPods Pro and it appears as though Apple has actually fixed the exclamation mark issue. We tried on an iPhone and iPad both, everything seems fine so far. Removing the AirPods from their case and placing them back shows the device as charging up normally, no red exclamations at all.

Looking for some AirPods Pro tips and tricks? Check out the following: