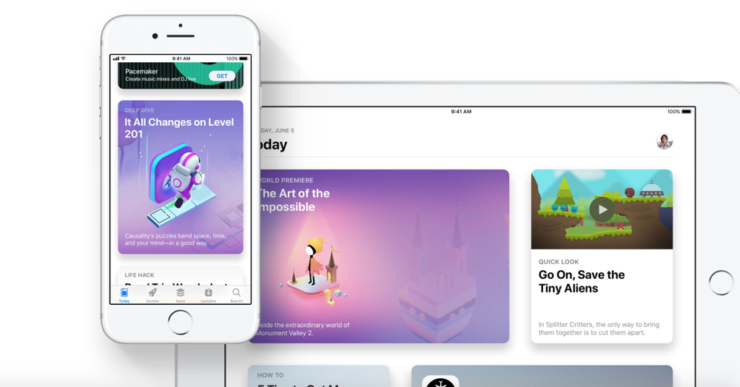 Apple's WWDC 2017 is underway and a lot has been announced. Ranging from tvOS to iOS, a bevy of new features, app upgrades and visual changes have made their way to all of Apple's platforms. With that said, the App Store is turning nine years this year. From start till today, the company has paid $70 billion out to developers. Finally, the App Store is now getting revamped. So lets dive in to see some more details on the new view.

Apple Introduces A Redesigned App Store At Its WWDC 2017 Event

As to begin with, there's something in store for the developers as well. The allowance of "phased releases" which will allow the developers to make the app release process easier.

To start of with the new redesigned App Store, Apple implements a "Today" tab. This section of the App Store shows featured new apps, a mere discovery feature that provides a feed of new apps and apps that you might like. For instant, the "Today" tab shows new releases, suggestions and much more. 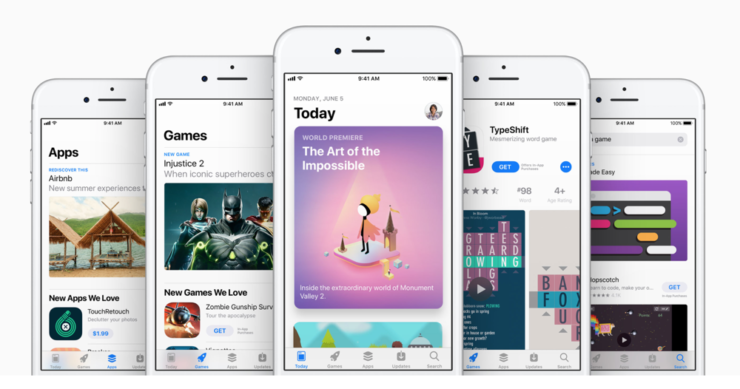 In addition to this, the App Store also has several dedicated sections, each of which are categorized with a specific genre of apps. Firstly, the App Store features a Game section, letting users know about all the recent games which have launched and more. In addition to this, the view is streamlined with the "Today" tab, which means that it will display more information for that specific section. You can read reviews, watch videos and read what the game is like and much more. You can see in-app-purchases for games, characters, levels and more options embedded in the Game section of the App Store.

Every app and game has its own redesigned product page. The game or app's video can be displayed on that page alongside the text and other information. The featured apps have deeper descriptions and the content is highly curated.

All in all, the redesigned Store now looks more like other stock iOS apps such as Apple Music. We can see that the fonts and general style is more or less similar in a lot of ways. Apple wants the App Store to be a place where you can surf and look for new apps or games with ease. Nonetheless, it is definitely a welcome change.

This is it for now, folks. What are your thoughts on the redesigned App Store? What was the most exciting announcement from Apple at the WWDC 2017 event? Share your views with us in the comments.