Is Apple ready to pack in low profile Joystick in iPhone 6s for Gamers?

Apple Inc. has been quite secretive about its plans about iPhone 6S and iPhone 6S and some media outlets dub it tentatively. Media mostly pick up clues on coming features from copyright apps taken by Apple. The latest media hint about iPhone 6S is the inclusion of a joy stick for assisting gamers. So, gamers now have a fine motive for picking iPhone 6S. This will not surprise you any more, if it advances in iPhone 6S. 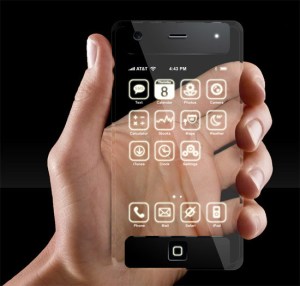 According to different sources, iPhone 6S will be released in September 2015 at some big Apple event; however, the correct day is still unknown. Though, initially, iPhone 6S was expected to be released in spring this year, but Apple Watch was given main priority. Some other exciting features outfitted in iPhone 6S are, a Touch ID fingerprint sensor and a Home button. The patent of Apple’s iPad and iPhone show that, these devices will be outfitted with an iconic finger print sensor, however with an innovative exercise as it can elevate. With just a single click, you can transform it into a joy stick and a single push is required to revert it back. On the other hand, the home button is offering different functions such as transforming iPhone 6S into a joystick mode and the button mode.

Apart from this, button’s head will not be stamped in order to shun affecting the aesthetic look of the Smartphone and acquiring mess up to this feature. Moreover, there are rumours that iPhone 6S will have a 4.7 inch display just like its predecessor. However, some tech giants predict that, its screen resolution will be enhanced. There are also some whispers that, Apple’s next flagship will have a sapphire casing material.

Besides this, the Smartphone will pack in an A9 processor and M9 co-processor. No doubt, these processors will offer super computability power to the device when run with Apple’s own iOS 9. Finally, there is an upgrade in rear camera of iPhone 6S. It will be of 14 mega pixels; however the front will be adorned with a 4 mega pixels camera. In a nutshell, if you are a mobile game lover then iPhone 6S is just the right device for you. Are you excited about iPhone 6S’s features? Do let us know in the comment section. We will keep you updated in the meanwhile.