Something very strange occurred today. On the flight scheduled for the Czech Republic from Israel, during the boarding process, smoke was seen coming out of the commercial airplane. A smoke and a plane are two words that shouldn't ever be together, but as it turned out the root cause was a smoking iPhone and not the plane itself. This comes only days after an unrelated event which involved an iPad distracted a pilot long enough for the plane to dip 5000 feet. 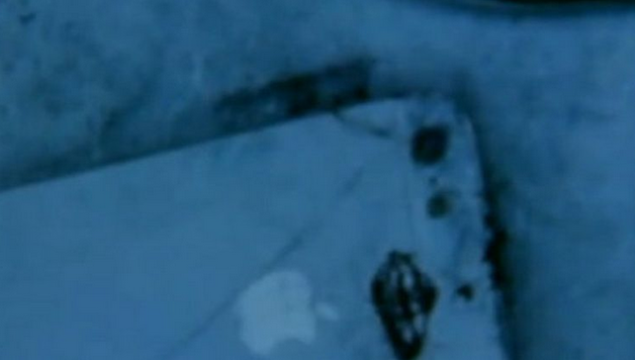 The remains of the smoking iPhone 5.

Needless to say, the past few days have had an unusually high number of Apple related, aircraft aviation incidents. The flight which was basically going from Tel Aviv to Prague had about 150 or so passengers already boarded when the first signs of smoke were detected. Thankfully, the flight had yet to take off and the passengers were immediately evacuated till the cause of the smoke could be ascertained. Needless to say the passengers who could not see the source of the commotion were very alarmed during the incident. However, after the officials checked out the source, which turned out to be passenger Yardin Levi's iPhone 5, the passengers were allowed to reboard the flight and reach their destination. The cause for the short circuit hasn't been determined, but is thought to be an over heating issue.

Just a few days back, the Apple brand name got the attention of the aviation authorities when a flight en route from Mumbai to Brussels nearly crashed. The flight dropped 5000 feet before stabilizing unexpectedly. The cause? Well, this is what happened. The main pilot was asleep while the co-pilot was at the controls, however, she got 'distracted' by her iPad and the flight dropped 5000 feet before the commander woke up and stabilized the plane. Even though the presence of Apple products is just a coincidence, it still makes for interesting and unwanted product placement.