As Mother's Day is nearing in, Apple has placed several gift suggestions on its website. So if you're interested in checking out the Mother's Day promotion from Apple, the company offers various products and accessories to choose from. So let's dive in to see some more details on what the company has in store for users in its Mother's Day Gift Guide.

Apple's gift guide for Mother's day basically narrows down to four categories: What's New, Creativity, Headphones and Speakers and Health and Fitness. Mother's Day will be celebrated on May 14 in the United States, Belgium, Australia, Canada, Brazil, China, Hong Kong, Germany, Japan, Italy, New Zealand, Netherlands, Turkey, Singapore along with many other regions around the globe.

Apple's dedicated page for Mother's Day is titled as 'Perfect for Mother's Day - and every other day'. The main product that the company is promoting is the iPad Pro. Moreover, it also offers Apple Pencil and Smart Covers for mothers who already own an iPad. 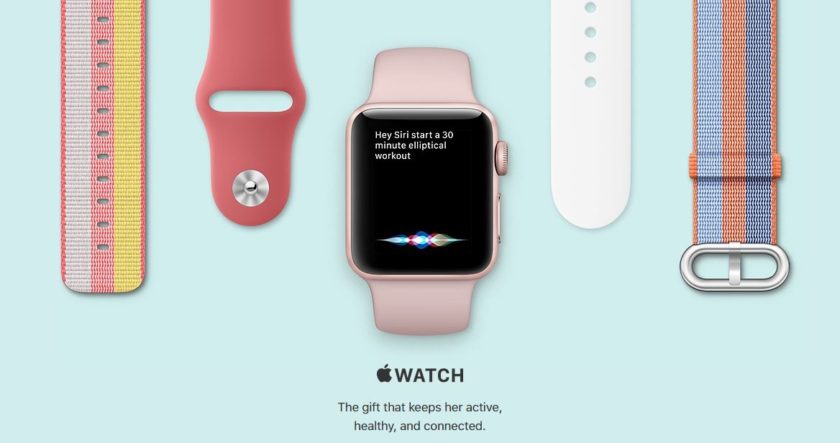 Apart from the the company's iPad Pro suggestion and its accessories, the company also has Apple Watch bands, headphones and more. The company suggests the Woven Nylon and Sport Bands for the Apple Watch for $49 as the lowest end of the pricing scale. if you're interested in getting the Apple Pencil, it will still cost you $99. The wireless headphones on the other hand is priced at $149, resting on the middle ground with the iPad Pro topping the list.

It's good to see the company's considerations for the Mother's Day. Last year, Apple also ran the Mother's Day special ad as part of it Shot on iPhone campaign. So do take advantage of it if you're up for the purchase.

The company has set a wide range of Apple products in place for the upcoming Mother's Day. If you're up for getting an iPad Pro, now might be a good time. Moreover, if you already have the gigantic Apple tablet, getting an Apple Pencil to compliment it might not be too shabby.

To start your shopping for the forthcoming Mother's Day, head over to apple.com/shop/gifts. There are a handful of other products to choose from as well. We will update you guys if there's more to the story.