Apple has confirmed that its contactless payment solution, Apple Pay, has gone live in China. 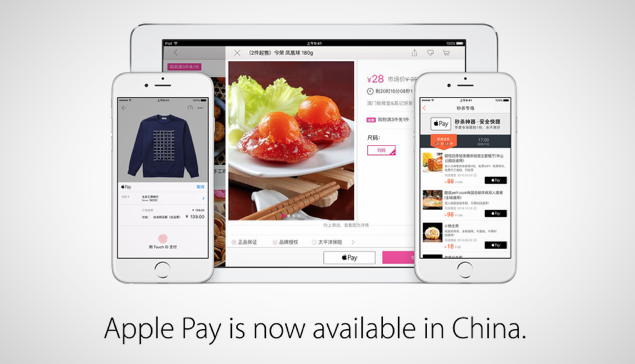 Sending out emails to developers, Apple has confirmed that Apple Pay is now available for Chinese customers and that developers can start integrating its support in their apps right away.

Currently, it seems as though only 'China UnionPay credit and debit cards' are accepted, with more support for other banks certainly arriving in the future.

From Apple's email sent to developers:

You can now support Apple Pay for your customers in China, providing an easy, secure, and private way for them to pay using their China UnionPay credit and debit cards. Apple Pay lets users pay for physical goods and services such as groceries, clothing, tickets, and reservations within your iOS apps.

It was confirmed a couple of days back that Apple Pay would launch this week in China, with Cupertino's official email confirming that notion altogether. With a massive contactless payment market that has remained untapped by Apple for a long, long time, it remains to be seen how Apple Pay is treated in the country. But given the success the company has seen in the smartphone and tablet stakes in the region, it's highly likely that Apple will kick things off with arms wide open. 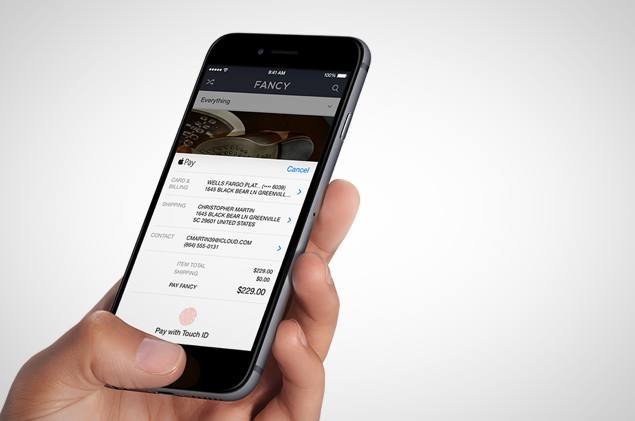 Apple Pay is seeing healthy and steady growth since its launch, with the service going live in Canada just a while back. It still remains to be seen what other regions Apple will launch its contactless payment service in.

If you're in China, then this is obviously great news for you, but if you reside in an unsupported country, then hang in tight as Apple will certainly reach your shore in the months, or maybe years, to come.

At this point in time, if you're looking to utilize the 'tap and pay' feature of Apple Pay, then you should be in the ownership of an iPhone 6 or iPhone 6s handset, both of which feature a dedicated NFC antenna at the top for contactless payments. iPhone 5s users, as well as those in the ownership of an iPad with Touch ID are limited to in-browser and in-app purchases using Apple Pay only, as these devices don't have an NFC antenna for contactless payments.

You can also use your Apple Watch for paying for things as well, which is quite handy if you're asking us, saving you the trouble of taking your phone out of your pocket.