Apple Pay Coming To China Next Year In Collaboration With UnionPay

On Thursday, Apple announced that it has partnered with UnionPay to bring Apple Pay to China. Apple Pay tops up in the company's priority list, which will be available in China in early 2016. Since Tim Cook regards China as the company's biggest market of the future, it would be viable for the company to introduce the mobile payment system. The Apple Pay will allow users in China to pay directly from their smartphones with ease. 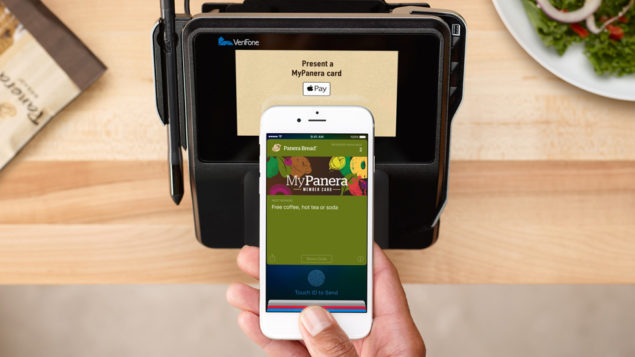 Apple And UnionPay Partners To Bring Apple Pay In China

The service will work under the QuickPass system offered by UnionPay which is another mobile payment system in the Chinese market. Essentially, this states that Apple Pay will work in all areas where UnionPay's QuickPass works. Moreover, the service is also supported by 15 leading banks of the country.

While the announcement is officially made by Apple, the company still awaits the deal to pass through necessary regulatory channels along with certification processes. Although, things pretty much look positive for Apple to debut its mobile payment system in China. Let's see if the deal is approved and maintains national mobile payment and financial industry standards in the Chinese market.

“Apple Pay has revolutionized the way millions of people pay every day with their iPhone, Apple Watch and iPad,” said Eddy Cue, Apple’s senior vice president of Internet Software and Services. “China is an extremely important market for Apple and with China UnionPay and support from 15 of China’s leading banks, users will soon have a convenient, private and secure payment experience.”

Apple Pay was launched in the United States last fall and the company has expanded its service in new markets like UK and Canada. Since China is Apple's second biggest market after the US, it makes sense for the company to prioritize the country as the next market on the list. Until now, the negotiations stick out on a point where both parties are unable to negotiate the amount that Apple will adhere per Apple Pay transaction, which is accepted by both, the Chinese banks and Apple.

However, we will definitely keep you guys posted as we hear more details on the subject. As for now, what do you think about the partnership between Apple Pay and UnionPay? Share your thoughts in the comments.