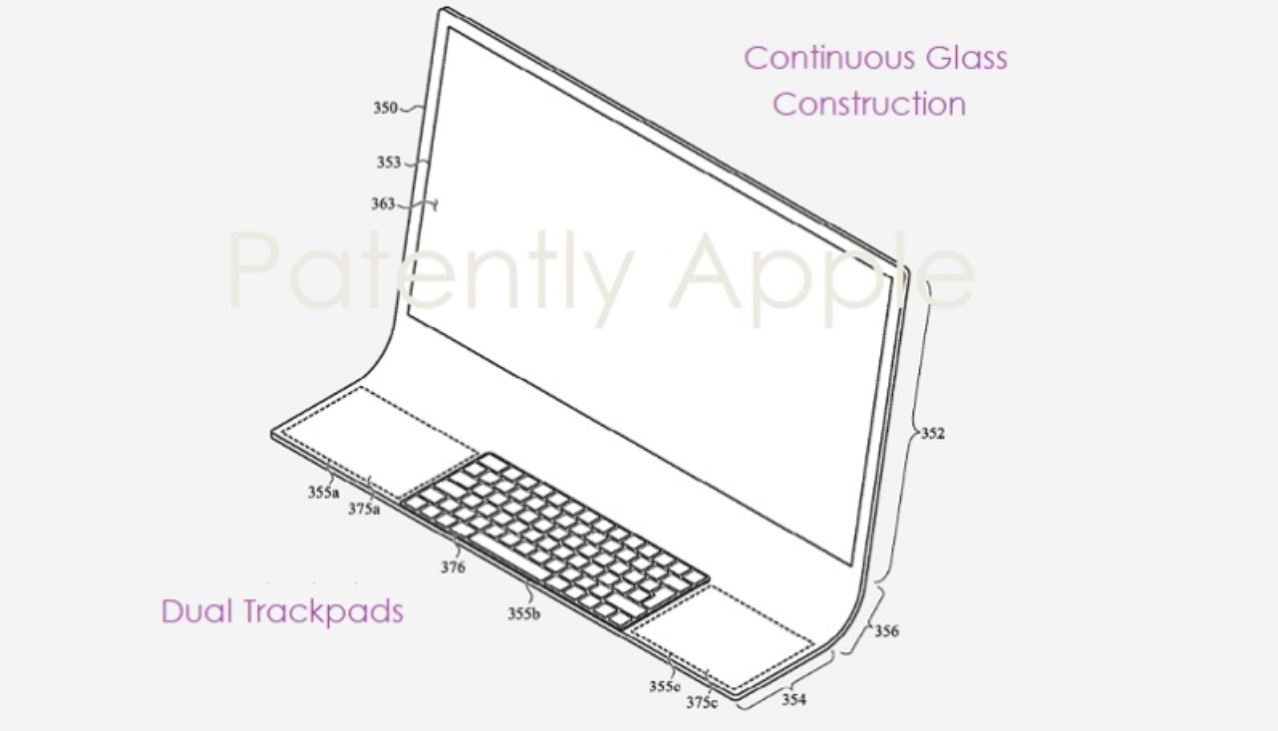 Apple files a boatload of patents for imaginative devices and it's not always certain that they would see daylight. Similarly, the company has filed a new patent that imagines the iMac made from a single sheet of glass. While the patent does not necessarily mention an iMac, the similarities are hard to ignore. 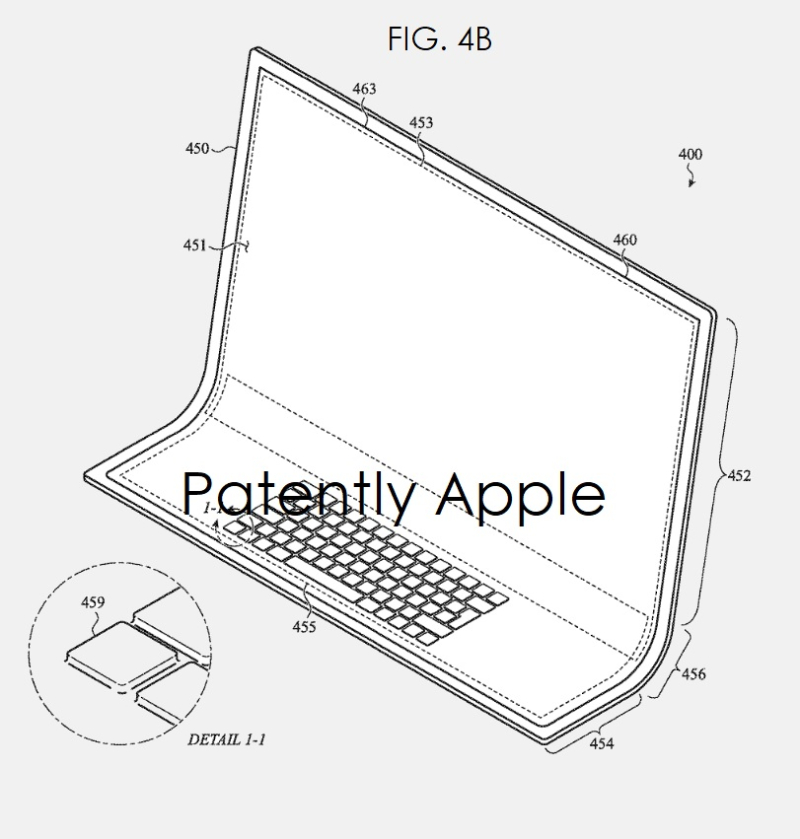 As mentioned earlier regarding the new Apple patent, the lower portion described in the patent is responsible for holding input devices while the upper portion will serve as the display given its size. There's also a stand at the back that aims to hold the device in one place. Given the size of the stand, it can house necessary components and it will also contribute to adjusting and positioning the display.

Furthermore, the glass between the two areas is described as flexible which means that it will be able to change the display angle. The input area is said to extend along a certain portion of the display which will make room for a "touch-screen style". This will allow for more options such as wireless charging for other devices or data transfer capabilities. 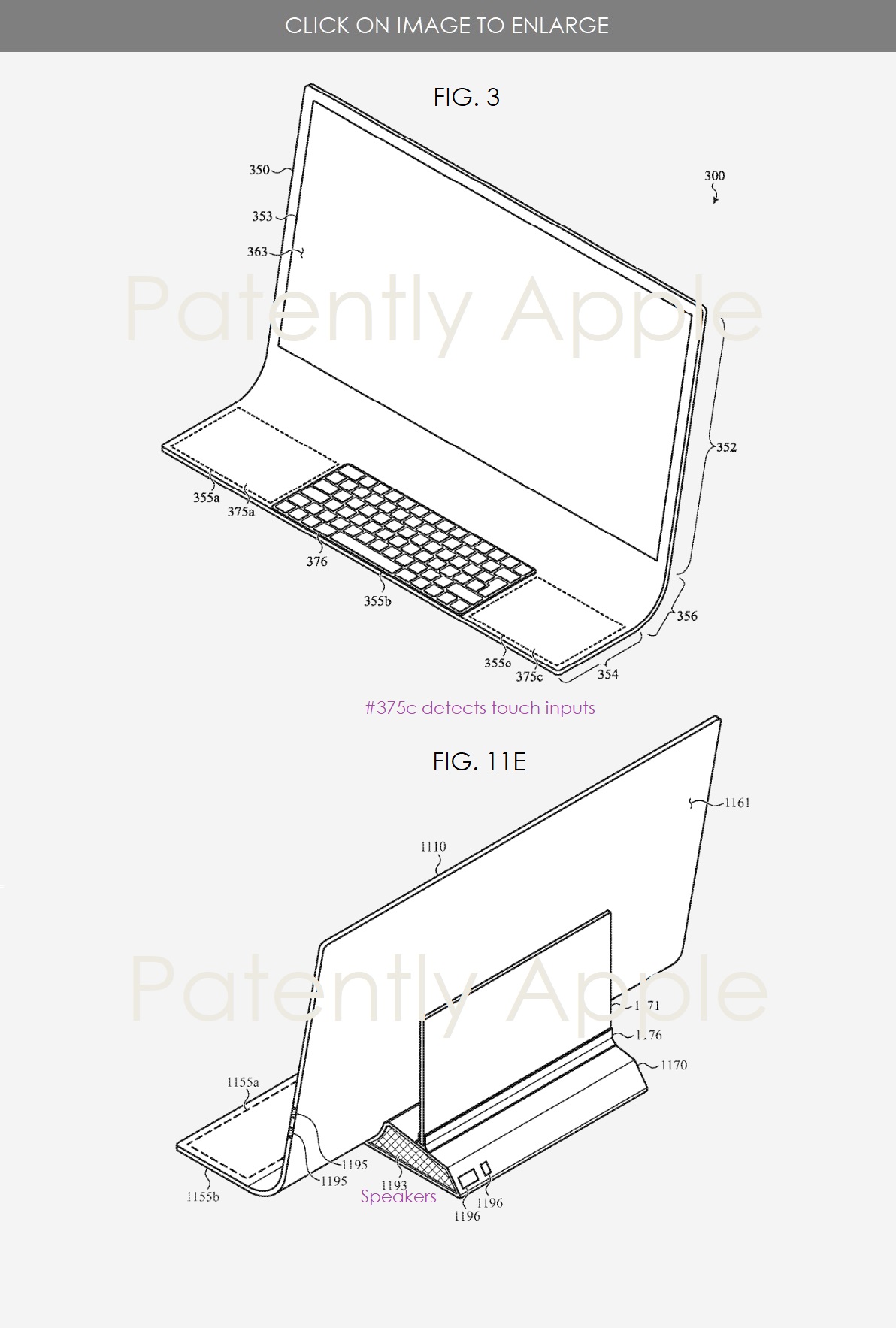 Apple also provides information on the design where a keyboard can be attached to the lower portion of the glass. In addition, the patent also highlights a camera that can be embedded into the glass enclosure using the "optically transmissive material." According to Apple, the design of the patented device could be made of glass but the housing of it could feature plastic or ceramic, given the material is light-transmissive. 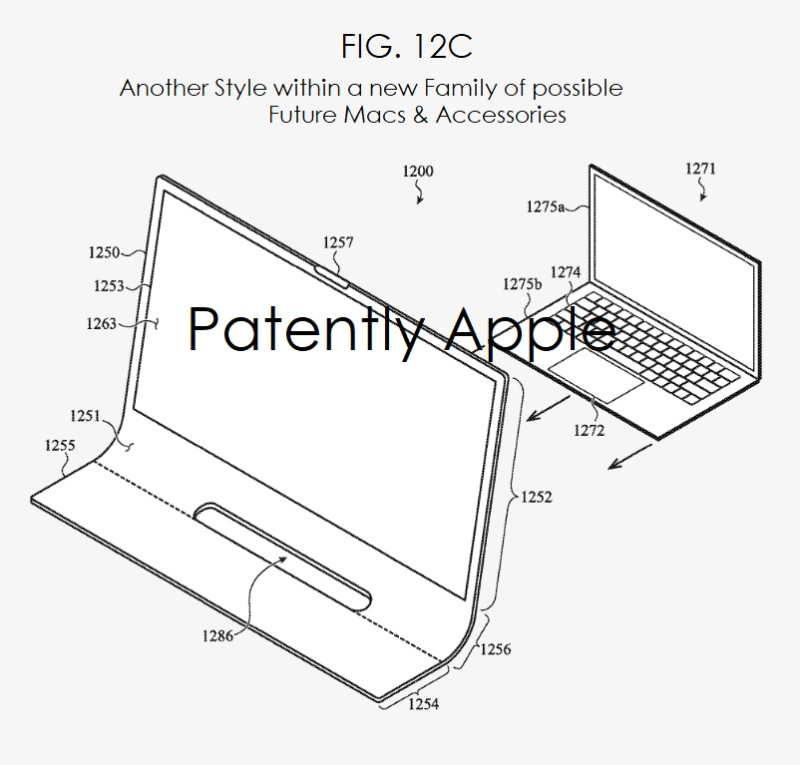 The material for the said design could have its own set of features like wireless charging, scratch resistance capabilities and more. Moreover, Apple in its patent also points out that biometric sensing capabilities could also be part of the mix which could detect fingerprints, heart rate, temperature and more.

Take note that this is just a patent and there's no word that it will see daylight any time soon. Yes, we're waiting for an iMac redesign but this implementation is unlikely. There have been a plethora off patents filed by Apple and it's not at all necessary that it will be announced soon.

How do you take the new Apple patent? Do you think the design is practical? Let us know in the comments.