The Big Question: Is Apple Inc Out of the VR Game? No Macs ‘Good Enough’ For VR Right Now

Something pretty amazing happened a few days back. In an interview to ShackNews, Palmer Luckey, the founder of Oculus Rift, stated that they had no plans to support VR on Apple (NASDAQ: AAPL)'s platform right now. The reason he gave was the simple fact that no Macs are 'good enough'; and if Apple ever churned out a good enough computer - they would happily do it. This is naturally a bold statement to make, and I thought it would be worth our while to explore this comment with hard evidence. 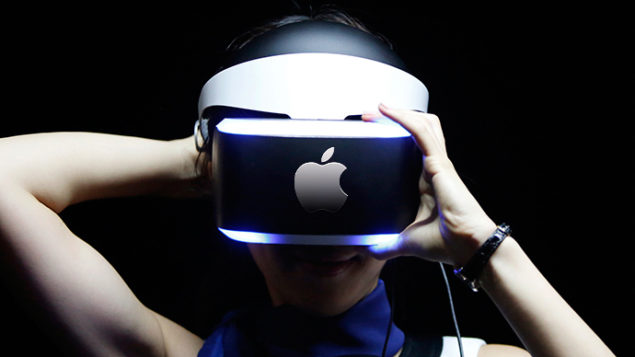 Exclusive: Is Apple Inc (NASDAQ:AAPL) missing out on the shiny new industry of the future?

The VR industry is something that has an incredible boom potential. In fact, analysts think that the shipments of Head Mounted Displays (HMD) used for VR will roughly double in number in a few years and reach the 30 Million mark by 2020.  Hardware retail revenue will exceed the $4 Billion mark by 2020 as well [Reference]. Of course, a VR HMD is completely and utterly useless on its own - you need something to drive it. And that is where GPUs, Consoles and Smart Phones come in. Not only is the growth of VR itself a great opportunity for investors, but the very same thing will drive growth of other aforementioned industries as well. The PC, Console and Smart Phone market is expected to benefit greatly from this shiny new platform.

Here is the catch however, if VR is the next big thing, then the inverse of that statement is also true. What would happen to an entity that does not support VR which is apparently the future of entertainment? If the prophecies regarding VR come true, then the answer to that, is nothing good. Before we get ahead of ourselves, given below is the transcript of the relevant portion of the now-popular interview:

Will there ever be Mac support for the Rift?

That is up to Apple, and if they ever release a good computer we will do it. It just boils down to the fact that Apple does not prioritize high end GPUs. You can buy a $6000 MAC Pro with top of the line AMD FirePro D700s and it still doesn’t match the performance - our recommended spec - I mean if they prioritize high end GPUs like they used to for a while back in the day I think we would love to support MAC. But right now there is just not a single machine out there that supports us so even if we could support it on the software side – there’s just no audience that could run the vast majority of software out there. - Palmer Luckey, Founder of Oculus Rift. Transcripted from ShackNews, GamerHubTV.

This statement immediately captured my interest. Apple (NASDAQ: AAPL)'s PCs aren't good for gaming - that is a widely known fact. However, we never really stopped to figure out just how deep the rabbit hole goes. The most powerful GPUs that Apple offers can be found in its Mac Pro lineup. Everything else has a mobile based GPU with laughable horsepower (in comparison). The latest Mac Pro lineup starts from around $2999. That is a huge price tag for anyone buying the device and needless to say - would expect the best. To dive a little bit deeper into the issue - we headed over to Apple's website to see for ourselves. The following are the cheapest Mac Pro configurations with the available Dual GPU configurations (note: these are two GPUs, not one).

So an Apple user is looking at a minimum price tag of $3999 if he or she wants to utilize a Dual AMD D700 configuration. The exact pricing of the GPUs is not stated on the website and the FirePro branding used for the Mac Pro lineup is customized for Apple specifically. Fortunately for us however, a quick Google search will take you to the AMD specification chart which lists the core configuration of these GPUs. And just like Architosh figured out, comparing them to the consumer lineup of AMD's FirePro cards gives you the real chips this custom lineup is based on. The AMD D300 is actually a down clocked version of the Tahiti based FirePro W7000 which retails for roughly $649. The cost of two of these would therefore be $1200 at MSRP pricing. It is a simple matter of adding $400 and $1000 consequently to arrive at the price tags for the D500s and D700s that Apple is charging its customers.

Do keep in mind that the only reason we are using the price of the GPUs (and not the whole package) is to be consistent in our calculations - it goes without saying that any Apple customer wanting to get these graphics cards will have to pay for the entire package. From here on, the matter becomes simple. I was able to trace these configurations in 3DMark's database and collect the Firestrike scores. To put things into perspective, I added the high end lineup of both AMD and Nvidia - and their respective price tags. The "minimum Oculus VR spec'' is listed as 9271 points on the benchmark and we have drawn a red line on the graph to indicate this limit:

The graph offers a crystal clear view of how Oculus Rift VR compatibility currently lies. The Mac Pros which have a dual D300 or dual D500 configuration don't even reach the minimum spec mark. The AMD Dual D700 configuration does exceed this mark (barely) but will cost customers a cool $3999 to buy. And the question then becomes - just how many of Apple's total desktop customer base are currently rocking Mac Pros with Dual D700s? The answer to that, I would hazard to guess - is very low. The value proposition here, for the industry standard of virtual reality, is horrible. Infact, we took it upon ourselves to find out just how bad it actually was and ended up with the following results (only those GPUs that qualify for the minimum VR spec are included):

Apple's value proposition for VR is easily the worst out of the bunch. The performance/$ offered by the company's only VR-capable offering is approximately 7 times less than the R9 390 - a graphics card which costs 7 times less than the former! Also keep in mind that this is aggregate performance of two GPUs in the Apple Mac Pro versus just one GPU - something that can cause complications on the gaming side of things. With this context, we can see exactly what Luckey Palmer meant when he said that Oculus has no plans to support Apple.

What this means for Apple Inc - is the company out of the VR game?

There are currently two VR Headsets that are leading the way in innovation and technology, namely the HTC Vive and Oculus Rift. Both of these headsets have the same recommended VR specification - which is the minimum horsepower required to push a resolution of 2160x1200 at 90 frames per second. That is 233,280,000 pixels moved per second! One thing is clear though, Apple computers are not equipped to handle this kind of graphical load - which means that for the near future Apple will not be getting support for either of these. To reiterate - as it currently stands, Apple will be missing out on the VR good-ness that the PC desktop market will be enjoying thanks to Oculus and HTC Vive sales in the coming year. To fix this problem Apple will have only two options:

While the options available to Apple might seem simple, in reality, that is not the case. The option where Apple introduces higher end GPUs has its own disadvantages to the company - doing so will mean either raising the overall cost of the product or lowering its own margins. Neither seems to me an attractive option. There also remains the fact that it would be very hard for Apple to overcharge for a GPU that sells in the market for far less - something it can do with relative ease currently thanks to its custom built lineup. If Apple chooses to take this route however and keep the costs low, it should be able to get HTC Vice and Oculus support in the future easily.

The second option is something that Apple might actually follow through in the future but has certain implications as well. There is a reason that the minimum recommended spec for the Oculus Rift and HTC Vive is so high. In the modern implementation of VR - the screen is very close to the user's eyes. Lowering the resolution introduces the undesirable "screen door" effect which will give off a very "low quality" vibe to anyone who compares Apple's tech to a mainstream competitor. Secondly, if Apple considers dropping the refresh rate to lower load - that can lead to issues like nausea and motion sickness, neither of which are attractive properties in a headset.

The answer to the dilemma might lie in mixing in the strategy of the mobile VR platform. Less demanding content pushed out with its own VR content ecosystem. This is something that consoles like Xbox and PlayStation 4 follow too - although their content development ecosystems are much more established. The result will be nowhere near what mainstream PC VR will achieve - but it will be enough to keep Apple on the map. And who knows, with support from its dedicated customer base - it might actually grow into a force to be reckoned with.

At this point in time however, Apple Inc (NASDAQ: AAPL). is in a very bad position to deal with any VR content at all. Which is something it needs to rectify quickly if it wants to keep its position in an ever-changing industry.