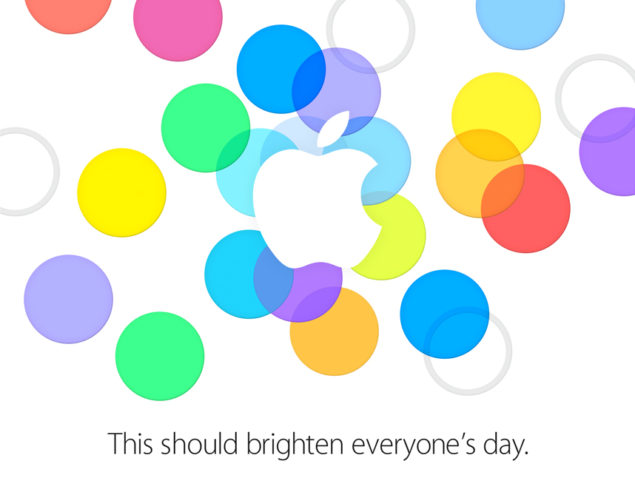 According to the Official Invite sent by Apple the iPhone even will take place at 10 AM PT on the 10th at the Apple Campus in Cupertino. The design of the Official Invite is pretty interesting too since it can possible depict the brighter color scheme of iOS 7. The Visual revamping of the iPhone OS is expected to arrive by 20th September. It may also hint the range of colors the iPhone will now have, including the Gold option, though this is probably a long shot. The September 10 iPhone Event is expected to give details about the iOS revamp too.

Thought the official September 10 iPhone Event Invites state nothing but " This should brighten everyone's day" Apple is expected to unveil multiple devices in the event. The successor of the iPhone ie the iPhone 5S is a good bet along with the cheaper phone dubbed iPhone 5C. The iPhone 5S is speculated to have a thumb print scanner, a 12 or 13 megapixel camera, and possibly a A7 SoC which will give a 30% increase in power over the older counterpart. The September 10 iPhone Event will undoubtedly reveal at least one of these devices, though nothing is concrete.