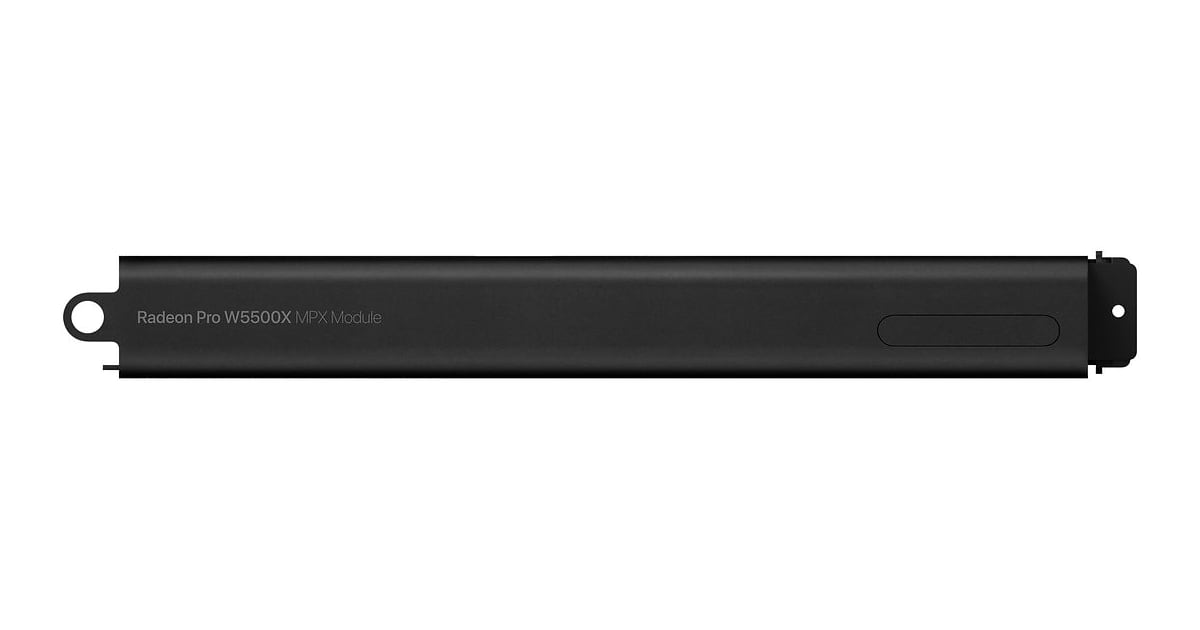 The upgrade is available during the build-to-order process for Mac Pro, and costs and additional $200 over the base model Radeon Pro 580X. It is also available as a standalone purchase for $600, which can be used to upgrade an existing 2019 Mac Pro.

With the W5500X, you get 5.6 teraflops of compute performance, 8GB fast GDDR6 memory with 224GB/s memory bandwidth and two HDMI 2.0 ports.

Apple describes the W5500X on its website as following:

The AMD Radeon Pro W5500X with 8GB of GDDR6 memory is based on AMD’s RDNA architecture, featuring up to 5.6 teraflops of single-precision performance or 11.2 teraflops of half-precision computing. It supports up to four 4K displays, one 5K display, or one Pro Display XDR. The half-height MPX Module design fits in either MPX bay and enables an additional PCIe slot for additional expansion. And up to two Radeon Pro W5500X MPX Modules can be installed in Mac Pro, one in each MPX bay.

Previously, in December 2019, Apple had introduced the Radeon Pro W5700X MPX Module, which costs $600 over the base model 580X. W5700X is based on the Navi 10 GPU architecture and features 16GB GDDR6 memory, which helps it push 9.6 teraflops, which is almost twice of what you get with the W5500X. It is speculated that Apple might stop offering the 580X as the base model, and switch to the W5500X soon, however, we will know for sure only when Apple officially makes the switch.