Apple is not shy to experiment with new designs and tweaks with its products. The company introduced the new iPhone 12 series with sharp edges and flat sides which have proved to be quite a hit. However, the company might change it in the future with something that we have already seen. That's right, Apple's new patents show a design for the iPhone that takes cues from the Mac Pro. The Mac Pro is famous for its 'Cheese Grater' design and now we can potentially see it on future iPhone models.

As mentioned earlier, the new patent granted to Apple highlights the possibility that Apple will use the Mac Pro's 'Cheese Grater' design on future iPhone models (via PatentlyApple). Apple's Mac Pro and Pro Display XDR were launched back in 2019 and the design of both products took the internet by storm, Today's patent highlights the possibility of the design shifting to the iPhone lineup. 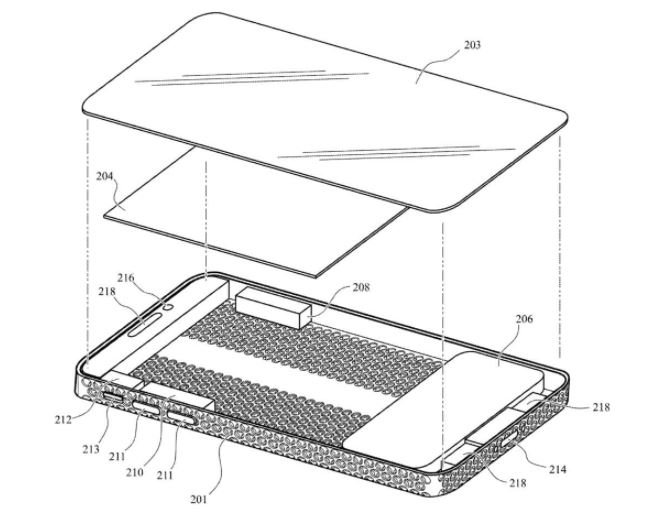 According to Apple, the 'Cheese Grater' design from the Mac Pro will allow better airflow to the processor whereby keeping it cool. This will also allow the device to push performance to the next level. In addition to this, Apple says that the design will be "visually interesting and aesthetically pleasing to the user."

Furthermore, the new design will also boast structural strength without having to increase the thickness of the device. In addition to this, the weight of the components would also be kept the same. Take note that the Cheese Grater design for the iPhone is just a patent at this stage and Apple files a lot of them. Henceforth, it is never certain that the design or product will see daylight any time soon.

How did you like the new Mac Pro-like exterior for the iPhone? Would you want the Apple patent to come to life? Let us know in the comments.