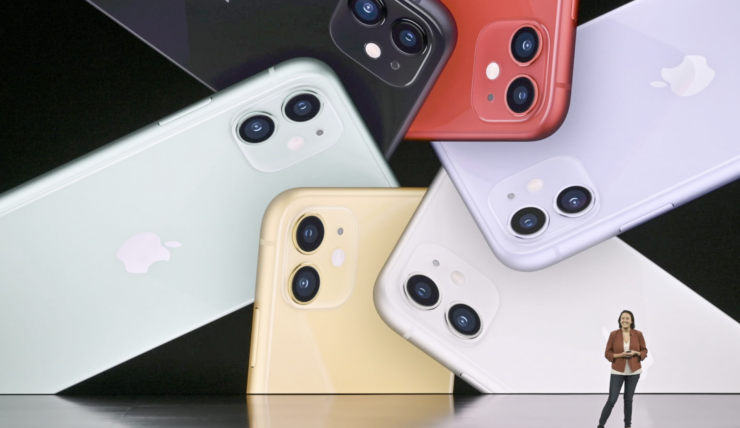 Sales of the iPhone 11 have helped the company in the previous quarter believes Evercore.

Cupertino tech giant Apple Inc (NASDAQ:AAPL) is gearing up for an important earnings release later this month. The company's results for its first quarter of the fiscal year 2020 will provide investors and industry watchers insight on how well the company's push into services and its decision to decrease the iPhone lineup's entry-level price is translating into financial metrics.

Apple's also had a record run on the stock market for a good part of 2019 and in the first few weeks of 2020. The company became the first tech stock to cross a $1 trillion evaluation mark in 2018. Now, with its 1Q earnings looming on the horizon, Wedbush Securities' Jon Ives believes that Apple might double a $1 trillion market capitalization within two years. Additionally, Amit Daryanani of Evercore believes that in its upcoming earnings call, Apple will improve gross margins and surpass the midpoint of its revenue guidance provided last quarter.

In its earnings release for the third quarter, Apple provided revenue guidance ranging between $85.5 billion - $89.5 billion for the next three months. This marks for a 1.4% - 6.1% year-over-year increase over the company's first quarter of the fiscal year 2019, when it had reported a 5% year-over-year decline. Additionally, the midpoint of Apple's revenue guidance suggests a 36.7% sequential revenue growth, which, as per the details of Evercore's note is conservative.

The reason behind this assessment is the strong demand for the iPhone 11 and AirPods during the December quarter. Reports from the United States and China relating to the iPhone 11's demand have been of a mixed nature, as some suggest growth and others fail at impressing. Two reports from Rosenblatt Securities and Credit Suisse have demonstrated this mixed sentiment. While Rosenblatt was optimistic about the iPhone 11 in China, Credit Suisse reported that iPhone shipments in the country fell by 36.5% year-over-year in November.

Evercore, for its part, expects that a strong holiday season has helped Apple (NASDAQ:AAPL), with a better product mix and price drops in the NAND market looking to push Apple's gross margin to 38.26% in the December quarter.

Apple's revenue grew in its fourth fiscal quarter of 2019, yet its revenue for the full year dropped due to a drop in iPhone sales.

This air of positivity comes a day after Jon Ives of Wedbush speculated on CNBC that he expects Apple to cross $2 trillion in market valuation by the end of 2021. Ives bases this assumption on what he's terming as a '5G supercycle'. This supercycle can lead 350 million iPhone users to upgrade their devices to those featuring the next-generation cellular networking standard. Ives also states that Apple's true share price value backed by the company's fundamentals is $400/share.

Contrasting this outlook with what institutional investors are reporting to the Securities and Exchange Commission we see that sentiment behind closed doors does not follow this optimism. For instance, Stonehearth Capital Management, LLC decreased its stake in Apple to 5413 shares in its latest filings with the regulatory body, and Tocqueville Asset Management decreased its stake from 708,932 to 422,996 shares in the three months between October and January. Maybe the investors are not convinced that early drums for 5G are really worth the sound that they're making.

At the time of publishing, Apple Inc is trading for $314.24 in the open market, up by 0.5% over yesterday's close and 0.86% short of its 52-week high. The company is set to report its earnings for the first quarter of fiscal year 2020 on the 28th of this month, with revenue from the iPhone, China and Services being the most important metrics to watch out for.