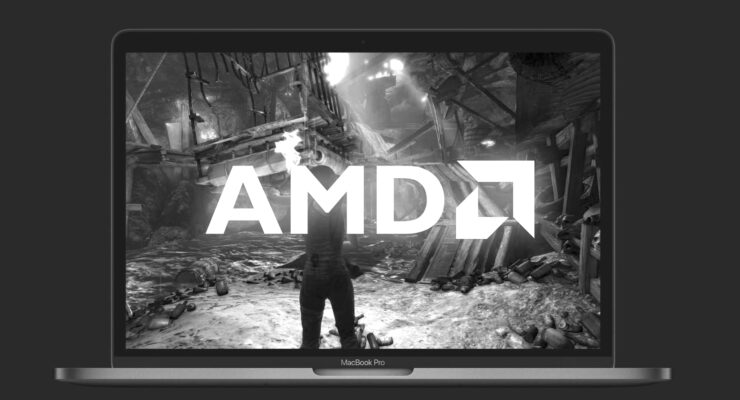 Apple unveiled its brand new MacBook Pro lineup in an event and one of the more interesting part of the announcement was the graphics design and performance of the upcoming MacBook Pros. As our readers are well ware, the computing node in use by most pure play foundries shifted to the sub 22nm process: 14nm FinFET/16nm FinFET depending on who you source. This means that companies like Apple can offer 2x the Performance Per Watt while reducing their cost per chip due to increased economies of scale. This is something we told you about quite a while back.

Continuing the Apple tradition, the company has also introduced three dedicated GPUs for its MacBook Pro 15-inch variant called the Radeon Pro 450, Radeon Pro 455 and Radeon Pro 460. The specifications of these GPUs are not confirmed at these point but we expect at least two of these to be based on the Polaris 11 GPU. The Macbook Pro 13-inch variant will be powered by the Intel Iris Pro integrated graphics solution. This in turn will be coming in two different flavors: the Intel Iris Graphics 450 and the Iris Graphics 550. These integrated solutions are usually accompanied by DRAM-on-chip solutions in the range of 64 MB. Helpfully, however the company revealed the following performance benchmarks:

These two benchmarks represent the top end variants of both the 13-inch MacBook Pro and 15-inch MacBook Pro so you are looking at the benchmark comparison of Intel Iris Graphics 550 and the Radeon Pro 460. Keep in mind that this benchmark comparison is primarily showing the difference that has resulted from the jump to the 14nm FinFET node. Since the company has not annotated the benchmarks, here are the details of the testing:

From the graphs we can see that the new MacBook Pros are quite a bit faster than their predecessor thanks to their beefed up constituents. Both solutions of graphic processors are not particularly powerful (an argument can be made for the Radeon Pro 460 to some extent) and focus on Performance Per Watt. It is a well known fact that MBPs are not designed for gaming, so the graphics solutions inside them will easily serve the purpose of most Mac owners. It will also offer a performance upgrade to those designers who chose the Apple platform as their hub of choice. 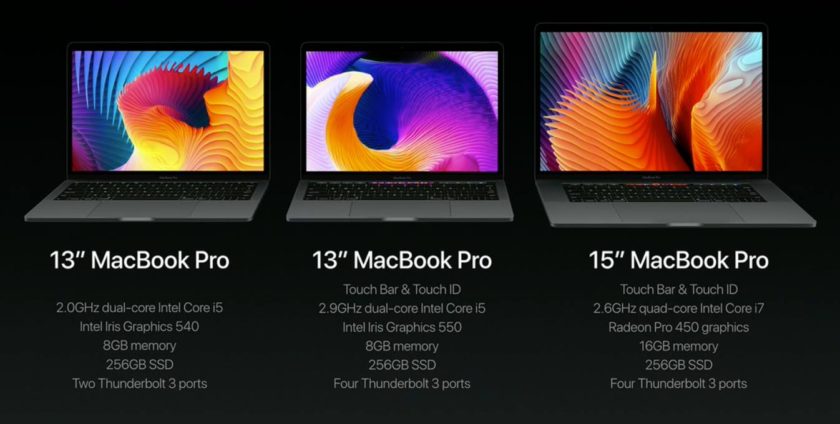 Another facet of this announcement is that it constitutes a big design win for AMD since it will be supplying the GPUs for the 15-inch MacBook in all flavors. Add that on to their already existing semi-custom sales momentum and you have got an even better outlook for sales than before. The Polaris architecture is an incredibly efficient GCN iteration that takes full advantage of the 14nm FinFET process and is the perfect GPU for casual to moderately heavy graphics workloads - which is the vast majority of Mac related scenarios.