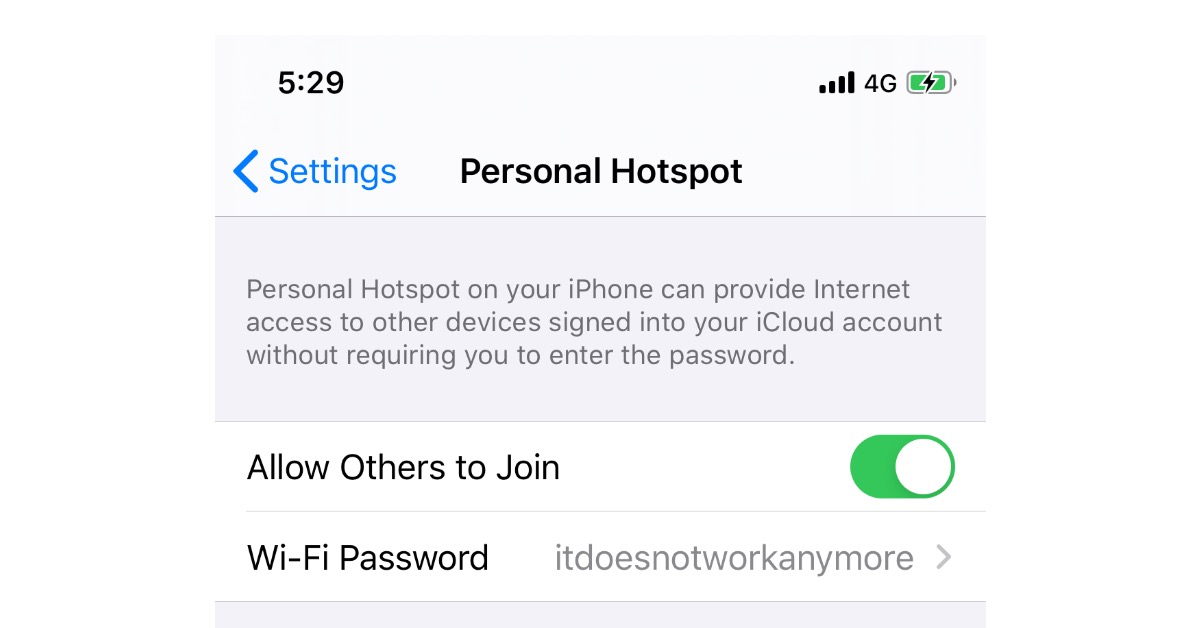 The Personal Hotspot feature in iOS 13 and iPadOS 13 has been broken for some time now. If you are one of those people who have been unable to use it, you are not alone. Apple is aware of the issue and has provided workarounds to its Authorized Service Providers.

As per internal documents seen by MacRumors, Apple has told its service providers to expect customers to report issues with Personal Hotspot. The issues may range from frequent disconnections from the hotspot, or simply being unable to connect to the hotspot at all. Data performance might also take a hit for users, if they are even able to connect.

These are not new issues, and a quick search on Reddit and Apple’s official support community  show that the issue has been troubling users for a long time. Apple has released 10 updates to iOS 13 so far but has been unable to provide a fix for hotspot connectivity issues, which is another a good look for the company.

Apple’s workaround to service providers is to ask customers to toggle personal hotspot on or off. This does not work for most users, including yours truly. A search on Apple’s support website shows that Apple updated its guide titled “If Personal Hotspot is not working on your iPhone or iPad (Wi-Fi + Cellular)” on 9th March 2020. It includes steps like manually connecting to the hotspot, turning Wi-Fi on or off and the likes. I have been facing an issue with connecting my iPad Pro to my iPhone X via personal hotspot, and so far, none of the steps in the guide helped fix the issue.

iOS 13.4 release is around the corner and release notes for the GM do not mention any fix for personal hotspot. I will give it a try once again after the public build roles out to see if the issue is resolved, but so far, the issue exists. and Apple has not done its part to fix it.