Apple iPhone 7 Lineup Is Not Tempting Enough For Android Users 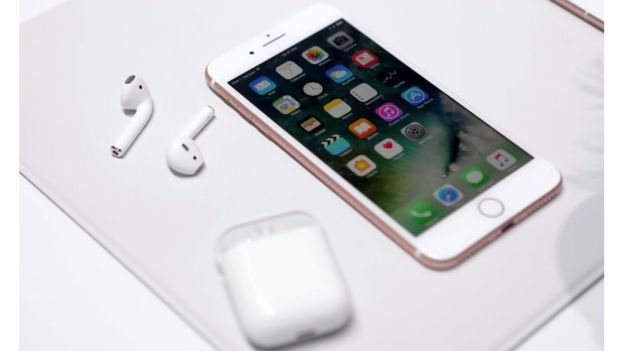 Apple's iPhone 7 lineup has been acknowledged as the most advanced iPhone until now. Many media outlets showered waves of appreciation for the new iPhone 7. However, according to the report published by a known market research firm, the iPhone 7 is not convincing enough to drive Android users away from Google and vest their interest in Apple.

The Chicago-based Consumer Intelligence Research Partners published a quarterly report on iPhone sales. The findings of the research were diverse for the December quarter. However, on the brighter side for Apple, the analysis determines higher sales for the iPhone 7 lineup during the last holiday season. The holiday quarter earnings of the Apple iPhone 7 were higher than the previous models. The report says that 72% of total iPhone sales in the United States consisted of iPhone 7 or iPhone 7 Plus variants.

Meanwhile, the iPhone 6s and iPhone 6s Plus made up for approximately 68% of total iPhone sales in the December quarter of 2016. Also, out of the total 72% iPhone 7 sold in the US, 40% were iPhone 7 variants while 32% were iPhone 7 Plus models.

“In the first full quarter of availability, the flagship iPhone 7 and 7 Plus models accounted for a slightly higher percentage of iPhone sales than the iPhone 6S and 6S Plus did last year. The entry level iPhone SE had a smaller share of sales than the similarly positioned 5S did a year ago, and the most expensive iPhone 7 Plus garnered a larger share than the 6S Plus did in the same quarter a year ago. The shift to newer, more expensive phones suggests that Apple could see an uptick in average selling price for iPhones, at least based on US market dynamics.”

About the Android users switching to iPhone 7, another CIRP co-founder Mike Levin said:

“The new 7 and 7 Plus models attracted mostly loyal iPhone owners, rather than Android owners. Only 15% of 7 and 7 Plus buyers switched from an Android phone, consistent with the 14% of iPhone 6S and 6S Plus that came from Android in the same quarter last year. This continues the trend of new iPhone models attracting mostly repeat iPhone buyers. The lower-priced, one-year-old model, attract a higher percentage of Android switchers, but on a smaller base. Interestingly, the entry-level iPhone SE has a very small Android switcher constituency, but is somewhat effective in attracting first-time smartphone buyers.”

It is worth noting that CIRP's research is based on a survey conducted on just 500 Apple customers. Even though Apple has never reported the iPhone sales mix for any year, the CIRP's previous reports have been rated authentic by many Wall Street analysts.