One time Silicon Valley allies have now started to compete with each other for the dominance in the web and technology markets. First it was Google which came out with Nexus One to compete with iPhone. Then it was Apple which bought mobile advertisement company Quattro to secure a better position in mobile ads.

Now Google has made another move with Google's unofficial app for iPhone for Google Voice. 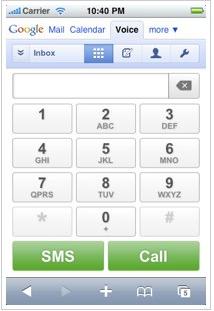 The rivalry did not happen overnight but it has been developing secretly (remember Apple's code of secrecy) and has surfaced in the recent weeks. It seems like Apple has gone bonkers now when there are more and more competitors are coming up with competing products. Take for example, Microsoft is now rumored to have developed a phone based on Zune and it is being speculated that the phone will be unveiled in the upcoming Mobile World Congress. various companies have unveiled their tablet which will compete with Apple's upcoming Tablet. HP has signed deals with various record labels in Europe to launch Music Station. Also Apple teaming up with Microsoft to replace Google with Bing as default iPhone browser.

I know Apple's earnings have sky rocketed in the past year but may be that is what worries Apple, that is, sustainability of these profits in longer term. I am not sure where Apple is headed but I know one thing for sure that now the rivalries have started to show and in this dog eat dog competition, only the top dog will remain.