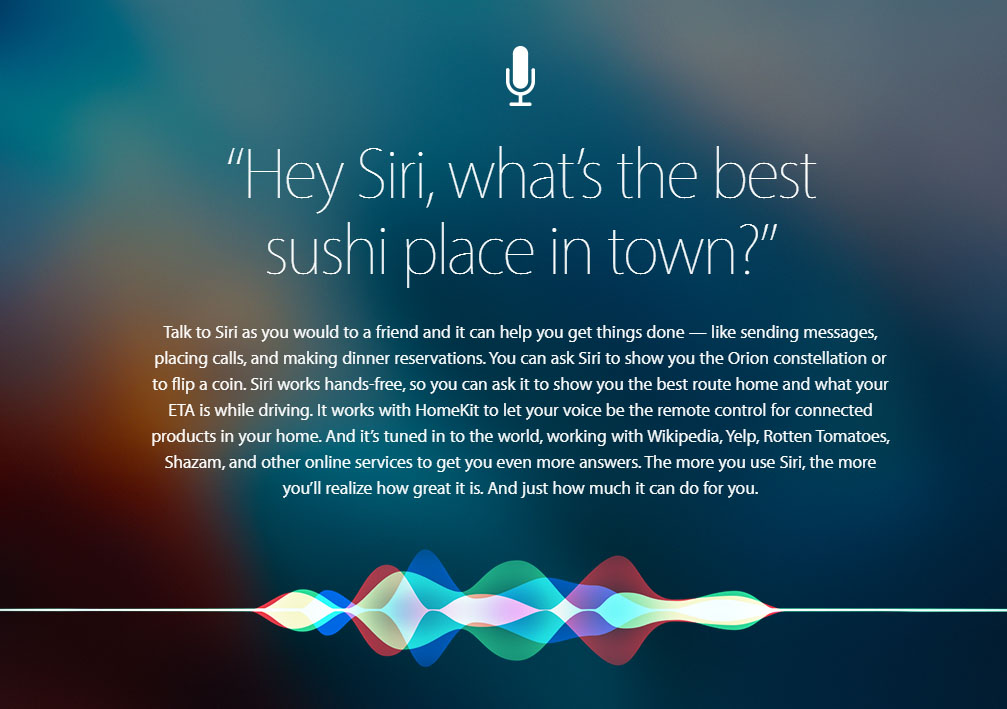 During WWDC 2016, Apple was speculated to open up its Siri API to app developers to provide a catalyst for another product and while this step was long overdue due to the limitations of Apple’s speech assistant, it is definitely a welcome move now. The step will definitely allow the tech giant to establish a base that will start producing a concept for a product that is expected to take the world by storm. Can you guess what that product is?

Apple Opening Up Siri To App Developers Can Only Mean One Thing – An Amazon Echo And Google Home Competitor Is On The Way, But Not That Fast

By opening up Siri to third-party developers through an API, Apple is giving outside apps the ability to activate from Siri's voice commands, and in the act, give Siri a new repertoire a functions that it never had before. Looking at this move, we would have to believe that one potential reason Apple is doing this is because it intends to produce its own Amazon Echo and Google Home competitor down the road, which is a good thing right?

Part of the initial problem was that Siri never played play nicely with other services, which is where Amazon Echo had the undisputed advantage because it is integrated with 1,000 different third-party services. Now, Apple was not at fault because part of the problem also lied with the element of security. Opening up its Siri API to third-party developers would pose a security risk.

What Is Siri’s Primary Weakness When Compared To Amazon Echo And Google Home?

Siri’s Achilles Heal is that it doesn't have a ton of personal data about its owner to actually be incorporated into a home assistant the way Google and Amazon have taken up data of millions of users. However, by leveraging third-party services, Siri can begin to develop a much more robust relationship with its master. Apple has currently not stated how much freedom app developers are going to receive by getting the Siri API at their fingertips, but it will definitely be a long time before the tech giant can release its own home assistant that can create a healthy skirmish between Amazon Echo and Google Home.

Do you guys think that by opening up its Siri API to developers, Apple is finally one step closer to releasing its long-awaited home assistant to take on the aforementioned products? Let us know your thoughts right away.