Apple Files for Phone Dock Patent for Gaming on iPhone

Thank God April 1st has passed and this is not a joke. Apple was spotted in a latest patent filed by the company for a docking station which will house a phone or a similar device solely for gaming purpose.

Apple became serious about gaming on its products as it is the only major missing feature keeping Mac from reaching the masses. Although Apple has defended its stance on not being able to focus on gaming on its desktops and laptops but now it seems that tides are changing.

There have not been more details about this latest patent but we assume that this could very well be used for both iPhone and iPad as both devices have similar form factor and are closer in genre than any other Apple product. It is complete with buttons and control pad and is made for viewing the hooked device in a landscape mode. There is also a possibility of making this docking station as a connectivity platform of phone and tablet to the HDTV or external sound sources in the house.

We will keep you updated as when new news arrives. 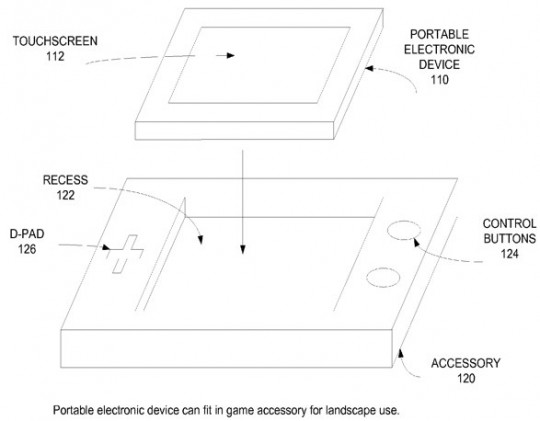