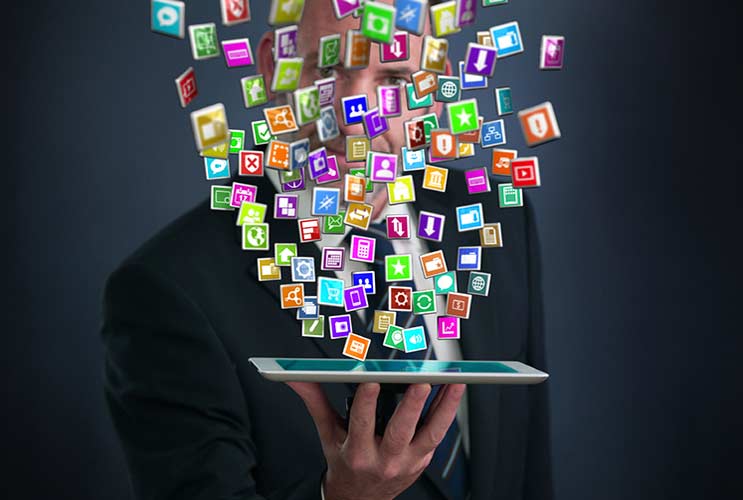 2016 has been a great year for companies that excel in providing applications for smartphones. As it seems the giants of the industry, Facebook and Google have dominated the list for 'Top Smartphone Apps of 2016'. If you're taking Apple into account, Apple Music lags far behind the two companies but have made it to the top 10.  Let's see some more details on the subject and where does Apple stack in the list compared to Facebook and Google.

A recently published trend study by Nielsen digs deep into the top smartphone apps of 2016 along with other operating systems that those apps were downloaded on. Within the United States this year, Facebook tops the list with more than 146 million average monthly users each month. This is quite a huge number as the social media giant has scored the number one position.

Facebook is not the only app in the list from the company. Facebook Messenger takes second place with 129 million unique users per month. Facebook Messenger is a companion app to Facebook and comprehends all the direct messages in a single hub. Other than this, Facebook's Instagram takes eighth place on the list of top smartphone apps of 2016 with 74 million unique users per month. 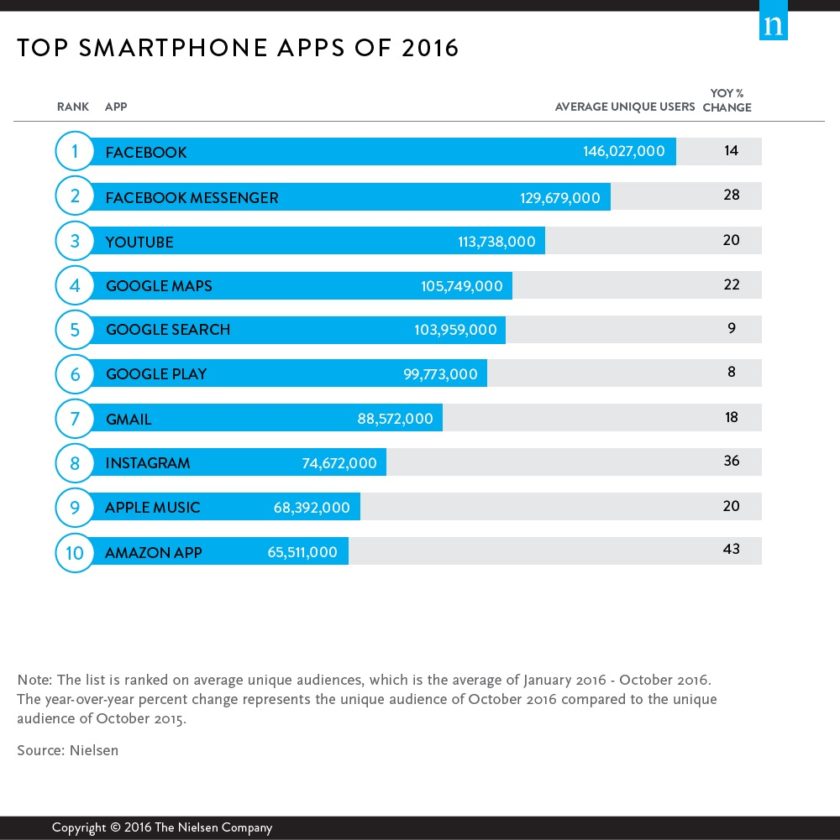 Apple's music streaming service, Apple Music is also part of the list. Coming in on number nine. The app scores more than 68 million unique users per month. Even though it rests on the second last position on the list for top smartphone apps of 2016,  it has gathered 20 percent growth compared to last year. So there's definitely improvement there.

The last app to have made it to the top smartphone app of 2016 list is the Amazon App with more than 65 million unique monthly users. It's good to see the popular shopping app has also made it to the list with 43 percent growth compared to 2015. 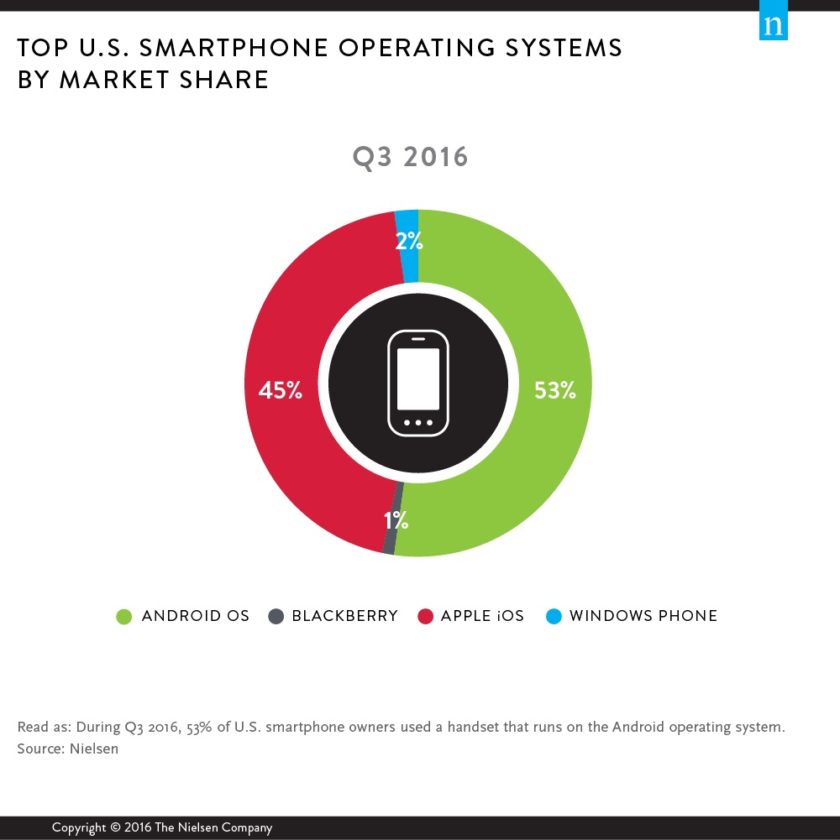 This is it for now, folks.  What are your thoughts on Facebook and Google dominating the top smartphone apps of 2016 list? Do you think Apple Music should have ranked higher? Let us know in the comments.