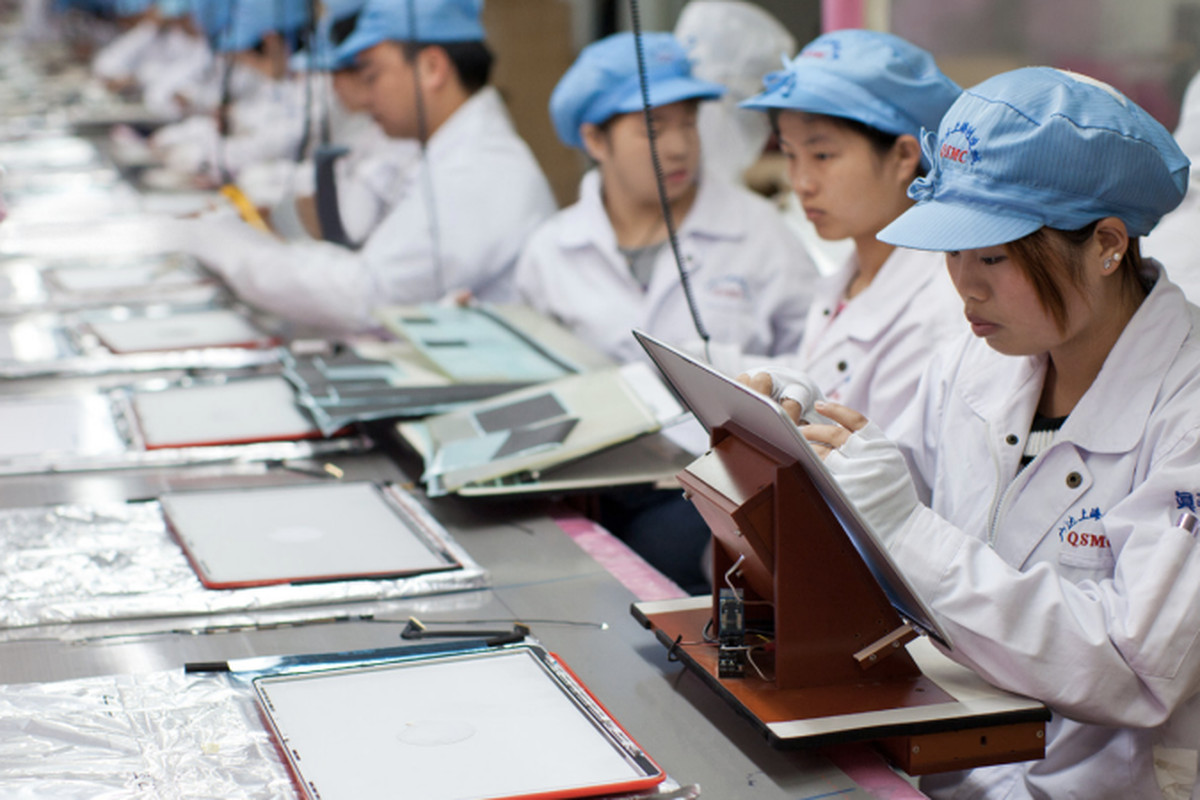 A popular meme online is that Apple (NASDAQ:APPL) employs an army of slaves to manufacture its devices in China, with Apple factory worker wages being below poverty-level. While Apple’s contract manufacturers (Apple doesn’t directly manufacture anything) have been faced with legitimate criticisms over corporate ethics and environmental stewardship, the fact is what they pay workers is well within line of what the middle-class earns in the country.

How Much do Apple Factory Workers earn in China?

Foxconn (TPE:2354) and Pegatron (TPE:4938) are Apple’s primary contract manufacturers in China, with Foxconn assembling the majority of this generation’s devices. New York-based watchdog group called China Labor Watch has done extensive reporting into what it alleges are the systematic violation of worker’s rights and poor environmental standards at the factories, particularly noting the discrepancy between what the workers earn in salary and what Apple retails its devices for.

But in comparison to other workers in China, where do these factory workers stand?

It’s important to understand that China is a very unequal country, with one of the highest Gini coefficients in the world. While one may associate the glitz and glamour of Shanghai’s skyline and world-class hotels with China as a whole, keep in mind that this reflects a very small percentage of the country. Outside of first and second-tier cities, the reality is China is still undeveloped and agrarian. Wages for many professions, such as local teachers or military personnel, are much less than their western counterparts. But, for most of the country, the cost of living is very, very low, hence why locals would find this acceptable.

Wages in Vietnam: The New Hub for Electronics Manufacturing

Even though Apple factory worker wages in China are considered to be low by North American standards, the fact is they have been on the rise for the last decade. According to China’s National Bureau of Statistics, China's average wage increased by 8.2% annually between 2008 - 2017 compared to a global rate of 1.8% for the same time period.

A report from Euromonitor found that Chinese factory wages are now higher than in Brazil, Argentina, and Mexico. This means that China’s average wage is more than five times higher than manufacturing wages in India, an up and coming manufacturing hub in the region.

Foxconn and Pegatron have been considering alternative locations for a while, and Vietnam is at the top of the list. Samsung (KRX:005930) has had significant operations in the country for quite some time. An anecdote published in Taiwan’s Commonwealth magazine claims Terry Gou started investigating setting up shop in Vietnam soon after the country joined the World Trade Organization in 2007. The trade war has only accelerated efforts to move manufacturing out of China. Rising costs of labour and tariffs are a bad mix for business.

But in comparison to workers in Vietnam, where do Vietnamese factory workers stand?

According to publicly sourced data, factory workers in Vietnam earn just over half of what their counterparts do in China. As the trade war accelerates the expansion of Vietnam’s manufacturing sector at the expense of China, wages will increase and demand for labour grows in the country. Farmers that once earned only subsistence wages will enter the middle class.

Naturally, wages are lower within the developing world. But the ‘basket of goods’ that workers purchase with their earnings is different, thus wages need to be put into context and measured differently.

The meme about those that assemble Apple’s devices being slaves is incorrect; although the work is long and tiring workers are compensated wages for it which would put them in line with the lower middle class. Contract manufacturers such as Foxconn and Pegatron aren’t perfect, there are many very real and documented cases of abuse at their factories, unsafe working conditions, and poor environmental stewardship. The perhaps is not what Foxconn and Pegatron pay, but what they make their workers go through to get those wages.

One of US President Donald Trump’s favourite themes is workers in China are stealing US jobs. But as the lights on the world’s factory are shut off one-by-one the irony of it all is that the theme of that rhetoric might have a home in China too.