It's widely believed by a huge portion of the iOS using community that closing apps from the app switcher on iPhone, iPad, iPod touch helps preserve battery life. Well guess what? It's a myth, and one that's been completely busted by none other than Apple itself. 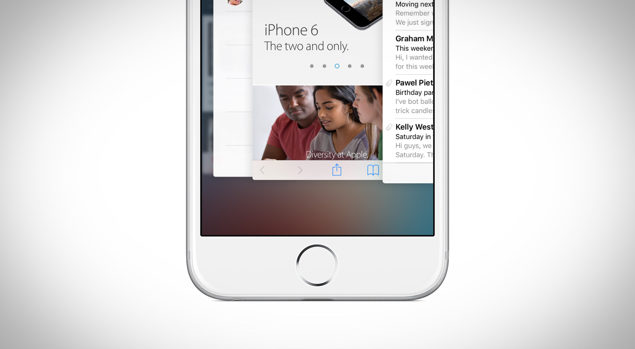 iOS is designed in such a way that it handles backgrounded apps and tasks perfectly, ultimately giving users the most battery retention from their device. But a lot of users believe that killing apps from running in the background is a good idea to save battery life. The thing is: when you remove an app from the app switcher on an iOS device, it's removed from memory, and when said app is launched again, everything is kicked off from the ground up, pushing it to the device's memory once again, using up a fair amount of battery during the process. Not exactly a battery life saving technique by any means. Therefore, leaving an app running in the background is the ideal way to go. Simply press the Home button and let it rest.

The fact was confirmed by Apple's very own Crag Federighi who is the Senior Vice President of Software Engineering in an email to 9to5Mac's Caleb. 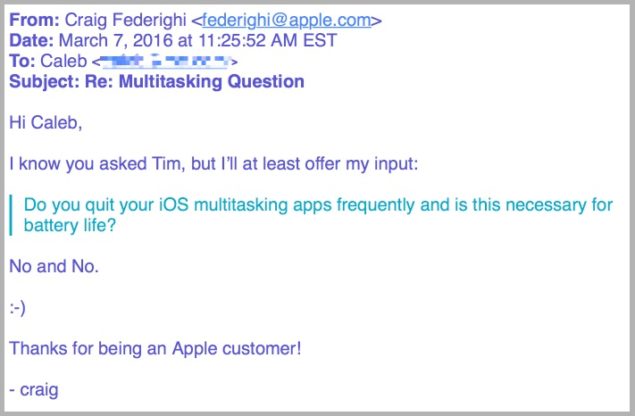 So there you have it; don't waste time force closing apps from the app switcher in the hope of saving battery life. It's totally not worth it, and iOS has you well covered in terms of battery life.

The myth regarding force closing apps and saving battery life has been around for a long time, but Apple hasn't stated officially what's the best route one should take regarding it when it comes to saving battery life. Now that it has been confirmed by Cupertino's software head, we really hope users do not end up force closing apps from here on in.

Do you believe force closing still does wonders for you in terms of battery life? Be sure to share your thoughts with us in the comments section below.