In its long efforts in enterprise with IBM, Apple is now partnering with Cisco to bring 'fast lane' in iOS for business customers. The operation would include iOS devices running wirelessly on Cisco's networks that will result in iPhone and iPad being part of the daily enterprise culture. The partnership has been sent out as a press release that shows the teaming up of Apple and Cisco as part of the enterprise project. 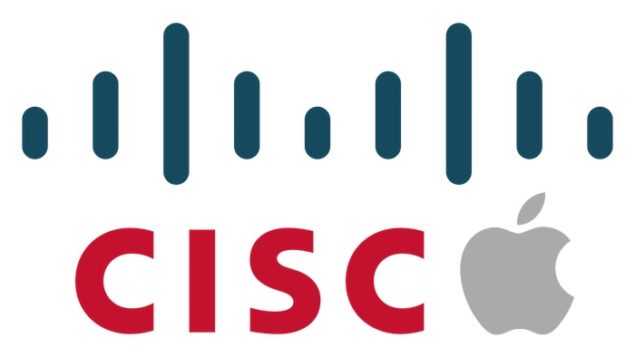 In the previous months, we have seen Apple and IBM working together to create a series of business friendly MobileFirst apps for iOS and AppleCare support for business customers. The partnership has advanced since then, but Apple has severe plans in the enterprise field. The partnership with Cisco is one of such collaborations that enhances the enterprise environment with new and advanced solutions.

See the in-depth details of the partnership between Apple and Cisco.

Apple And Cisco To Create iOS Tools For Productive Workplace

With Cisco's voice and video environments, Apple and Cisco are aiming to make the iPhone a business tool, "providing employees with a seamless experience between their iPhone and their desk phone." Cisco will develop ways to enhance experience which will be tailored to iOS devices, cloud applications and product alliance tools like Cisco Spark, Cisco WebEx and Cisco Telepresence. Tim Cook in a statement said,

“Together with Cisco, we believe we can give businesses the tools to maximize the potential of iOS and help employees become even more productive using the devices they already love.''

Even though the details to Apple, Cisco partnership are a little hazy, we know for a fact that the partnership will go a long way in providing business customers with essential tools that will aid them effectively in their workplace.

Previously, Cisco provisioned Android for enterprise based services in the Cius business tablet. The partnership ended due to BYOD program and iPad's huge success. The partnership between Apple and Cisco is a fine forerunner for the rumored iPad Pro which is to be launched among the business community. To make the iPad a better business tool, Apple is also working with over 40 companies.

The byproduct of this partnership will be a welcoming change for iOS users. With this collaboration, there will definitely be a productivity boost in the workplace and businesses.

This is it for now, folks. More on this will be updated so stay tuned. As for now, share your thoughts about this partnership in the comments.

The full press release from Apple is as follows. Click to enlarge for a better view. 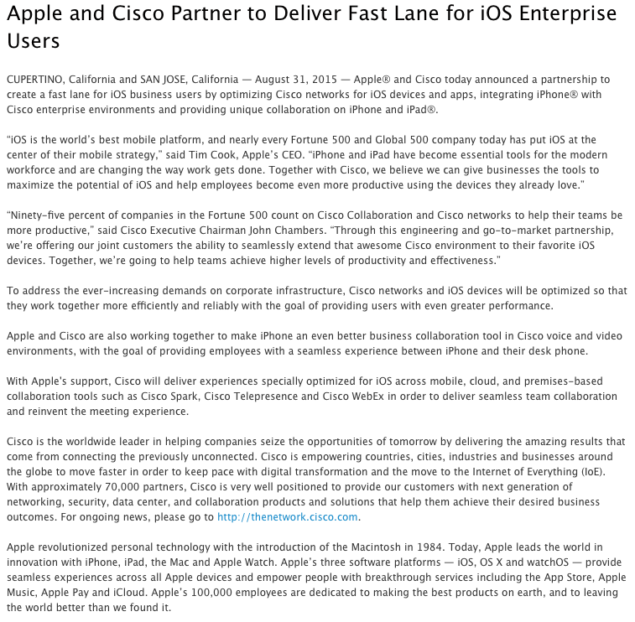