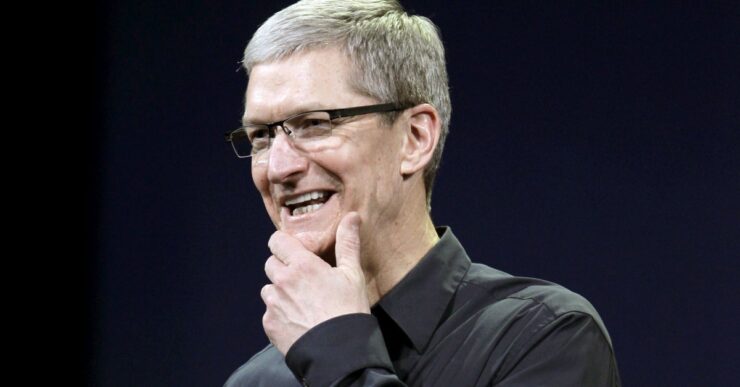 Apart from the extremely obvious, Apple's HomePod and augmented reality in iOS 11 were the celebrities at the company's WWDC 2017 event. The HomePod is a Siri-powered speaker that sounds great, according to Apple, and the company made quite a bit of song and dance about it. Augmented reality, or ARKit, on the other hand, were impressively shown off on stage as well. But what does Apple CEO Tim Cook has to say about the aforementioned things? Well, in an interview with Bloomberg Newsweek, the man goes all-out with his thoughts. Here's what he has to say about the HomePod.

If you remember when the iPod was introduced, a lot of people said, “Why would anybody pay $399 for an MP3 player?” And when iPhone was announced, it was, “Is anybody gonna pay”—whatever it was at that time—“for an iPhone?” The iPad went through the same thing. We have a pretty good track record of giving people something that they may not have known that they wanted.

When I was growing up, audio was No. 1 on the list of things that you had to have. You were jammin’ out on your stereo. Audio is still really important in all age groups, not just for kids. We’re hitting on something people will be delighted with. It’s gonna blow them away. It’s gonna rock the house.

Tim Cook touched upon augmented reality as well, and said that he's extremely excited about the technology in its current form and wants to "yell out and scream." He admits that there are limitations in its current form, but the technology's limitations are the building blocks for what we can expect in the future to come. He also believes that people will be really excited to see what is achievable using augmented reality, much like how Apple has been.

Last but not the least, Tim Cook talked American politics as well.

We’re dramatically different. I hope there’s some areas where we’re not. His focus on jobs is good. So we’ll see. Pulling out of the Paris climate accord was very disappointing. I felt a responsibility to do every single thing I could for it not to happen. I think it’s the wrong decision. If I see another opening on the Paris thing, I’m going to bring it up again.

At the end of the day, I’m not a person who’s going to walk away and say, “If you don’t do what I want, I leave.” I’m not on a council, so I don’t have those kind of decisions. But I care deeply about America. I want America to do well. America’s more important than bloody politics from my point of view.

Interestingly, these are snippets from an interview that is bound to go live in the Sunday edition of Newsweek, set for June 19.