After Apple first introduced its home-made Maps app to displace Google Maps back in 2012, it was was heavily criticized by users for being littered with mistakes and inaccuracies. For a company that prides itself on never rushing out products until they're completely ready and refined, the decision to launch the clearly unfinished Apple Maps was, in hindsight, probably not the smartest of moves. However, a lot of work has since gone into shoring up the native iOS app, and with today's news that Apple has acquired a company renowned for pinpoint mapping technology, it seems that Tim Cook's firm wants to take things to the next level. 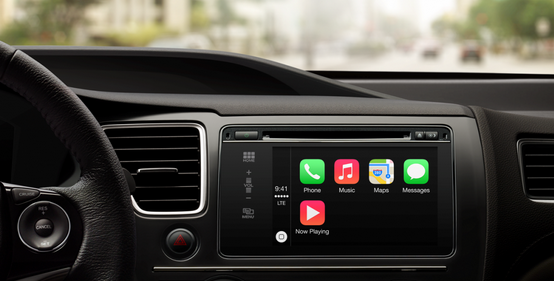 The start-up Apple has just bought is called Coherent Navigation, which specializes in location technology of pinpoint accuracy. Said to be more advanced than the majority of your typical GPS systems, Coherent has also worked on "autonomous navigation and robotics projects" in the past according to the NY Times, and having also partnered with the likes of Boeing, Iridium and the Defense Department, Apple has decided to buy it out.

Despite the very clear link to Apple Maps, which is currently in the midst of an expansion after being introduced to OS X along with the newly-launched Apple Watch, it is unknown how Apple plans to utilize its new purchase. The company has declined to comment on the specifics right now, but having very quickly recovered its navigation app on iOS to the point where most users don't want or need Google's third-party offering, the saga that surrounded iOS 6's launch seems a long time ago now.

With Google working quite publicly on self-driving cars, it is thought that Apple may once again look to compete with its closest rival. If such thing as an 'Apple Car' were to see the light of day, it would unquestionably depend on reliable, top-level navigational features. Taking this into consideration, it could be that Coherent Navigation will serve as Apple's main ally in a delve into the automotive market.

The start-up does, as we mentioned earlier, have experience in autonomy, so it will be interesting to see which road this new-found coalition shall take. Apple doesn't go about its business quite as publicly as Google, but these two giants of the modern technology do tend to occupy similar product categories, and with Coherent under its wing, an Apple-designed, self-driving car may eventually become a Thing.

CarPlay, the infotainment software system that is baked into many production cars as well as aftermarket products, shows that Apple is not afraid to delve into the world of transport, although obviously, self-driving automobiles would be quite a step up from what is essentially a tweaked edition of iOS.

Do you believe that Apple should challenge Google in this industry with the much-rumored 'Apple Car'?

A Potential Partnership Between Lucid Motors and Apple (AAPL) Has Become the Latest Subject of Speculation for Churchill Capital Corp. IV (CCIV) Investors