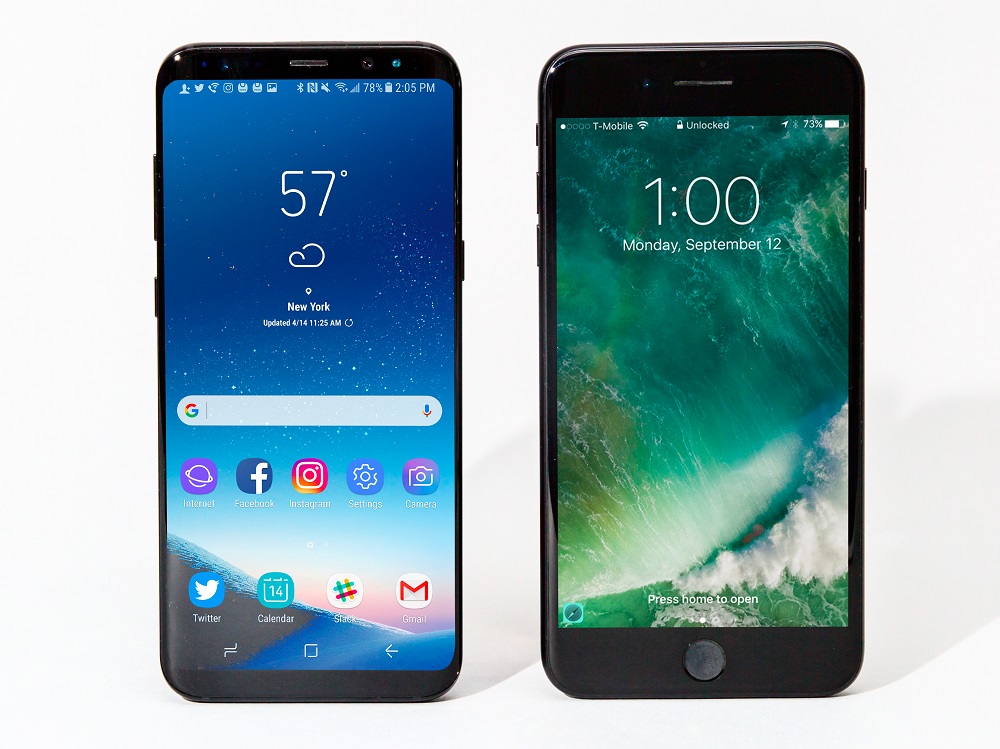 Samsung and Apple have enjoyed their grand positions as the top smartphone manufacturers in the world but never has their position been threatened by external threats than it has at this point. For a few years now, we have seen the rise of Chinese smartphone vendors and these firms are becoming relentless in closing the dominance gap of smartphone shipments. One could also claim that these companies are ambitious to take the top position away from Samsung and Apple.

Latest Report Paves Way, Details the Progress of Huawei, Xiaomi, and OPPO in an Attempt to Dismantle Samsung and Apple’s Stronghold in the Smartphone Market

Canalys’ latest smartphone market figures detail the rise of Huawei, as the manufacturer currently holds the third position for most smartphones sold. Apple detailed in its latest earnings call that it sold more than 41 million units this quarter, but other manufacturers have also been performing well alongside the Cupertino giant.

Those manufacturers are OPPO and Xiaomi, which were the top performers in this quarter, taking the fourth and fifth spot, and growing shipments of 44 percent and 52 percent respectively.

According to Canalys senior analyst Tim Coulling, Samsung has enjoyed a positive response with the release of the Galaxy S8.

“Shipments of the [Samsung Galaxy] S8 have been strong in some regions, but there are signs that demand has been overestimated. Canalys’ channels research has revealed inventory buildup in Europe, which when combined with discounting in the U.S., indicates Samsung may be testing the limits of Android smartphone pricing. As Apple looks to refresh the iPhone, even with its unique user experience, it too must justify any significant price increases with tangible improvements to both feature set and design.” 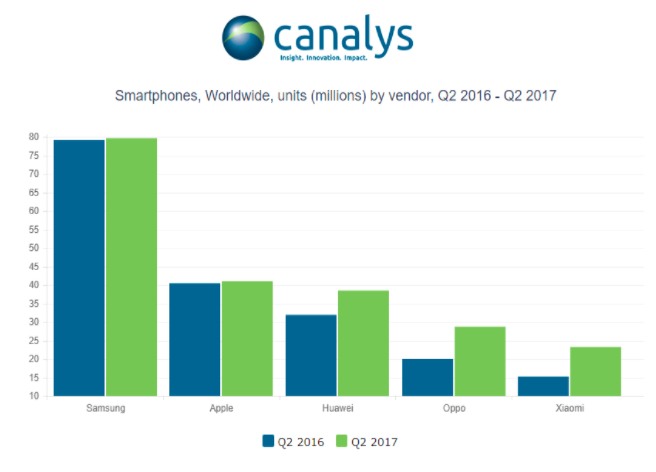 In total, there were more than 340 million smartphones shipped in Q2 globally, marking an increase of almost 4 percent year on year. With better performing flagships expected to be introduced in the last quarter of this year, let us see how does the market fare.

Different analysts expect the iPhone 8 to generate a large number of sales, so it will definitely be interesting to see how the globe sees the entry of one of the most highly anticipated devices for 2017.