An unofficial app found its way to the top of Apple's App Store. Thanks to how bitcoin prices have been going through the roof, criminals are getting more ambitious and successful than ever before trying to leverage that popularity. And as for Apple is concerned, the company appears to be on a security downhill for the past several weeks.

The app in question is purporting to be the official app for the popular MyEtherWallet.com service and is being sold for $4.99 in the App Store. According to TechCrunch, the app is at least a week old, and rose to be the third most popular ranking app in the finance category. This happened during the weekend bitcoin frenzy when the Coinbase app also reached the top. However, Coinbase was official and a free app. 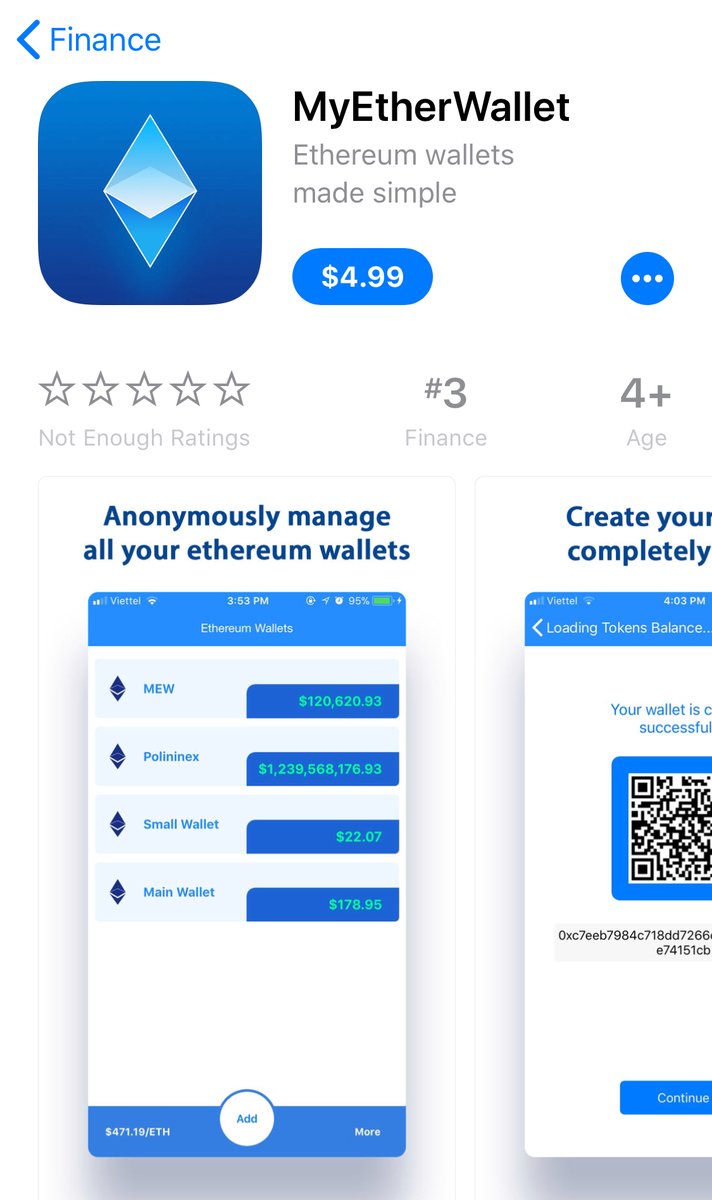 In case of the MyEtherWallet, it was a $4.99 fake app and still managed to reach the top of the list. The app was created by a developer named Nam Le, who is in no way associated with MyEther or any other cryptocurrency services. To clarify, MyEtherWallet lacks any official presence on the App Store, which could have helped this imposter app to be successful.

Over the weekend, MyEtherWallet officials tweeted about the app saying that they have contacted the iPhone maker to have this app removed. It is unclear how this unofficial app made it through the rigorous checks on the App Store.

This is NOT US. We have file reports and emailed and reported. Would appreciate the communities assistance in getting these scamtards out of our lives.

While App Store's vetting process is celebrated for being thorough, criminals still get past these checks. In this particular case where the developer had other non-scammy apps already in the Store, it is likely that users didn't look for the details of the developer or their connection with the official service, falling for the paid fake app.

Unfortunately, despite multiple notifications from the official service and the reporters, the app still remains available in the App Store. Apple certainly has to come up with some sort of explanation...

[Update]: The app appears to have finally been removed from the App Store; there's no official comment available from Apple.