Apple may be big when it comes to smartphones but its Apple Maps hasn’t been really popular, it has been neglected a lot because of the already well established rival Google Maps. Google Maps obviously has a competitive edge over its rivals and that is why it is used by almost everyone. Apple has been trying to come up with new and innovative ideas to outrun the Google Maps and that is why they have expanded their 3D flyover coverage service to a lot of different cities and landmarks.

Apple may have a good one on their hands this time, but it still will probably not be able to compete with the Google Maps as it is not popular enough with users. Apple still continues to strive towards a better tomorrow by improving its existing and newly added services for better customer service. The viewing option embedded in the new 3D flyover enables users to look at detailed images of locations which can be buildings, hills, castles and other similar places which you can just look for by adjusting the zoom.

Apple has updated their Apple Maps this week and added 19 new cities, including France, Italy, Germany, Spain and Japan among others. The updated version of this flyover mode has some really great tourist hotspots but it lacks the flyover guided tour- the guided tour is only available in the older version of the flyover and has a full sweeping in and out of key locations, tourist spots, and popular areas around the city. Let’s hope this guided tour comes soon to the updated version of Apple Maps. 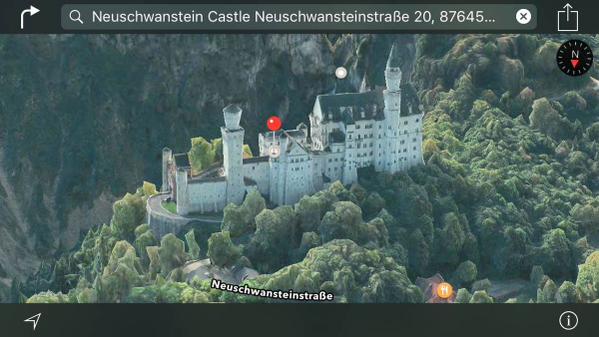 Google Maps has been the market leader for many years but according to Apple’s software VP, Craig Federighi, their Apple Maps has been used more than any other ‘leading’ map and has reached the mark of 5 billion requests per week.

Although Apple lacks the Street view feature that Google Maps has been providing to the public for some time now. The street view is the main rival feature than Apple Maps face, and Apple is at the moment trying to catch up with Google, we know this because Apple cars have been spotted in many areas in big cities of US and UK with a 3D camera on it. This is similar to what Google did for its mapping purposes. 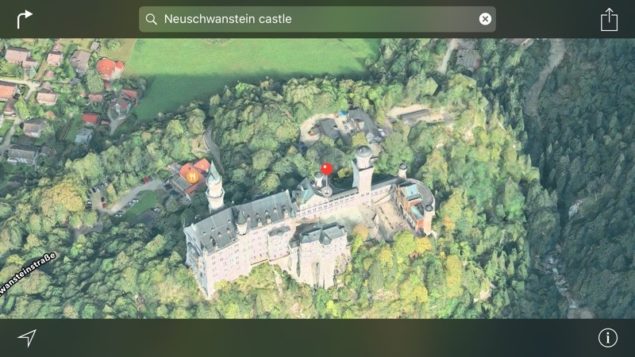