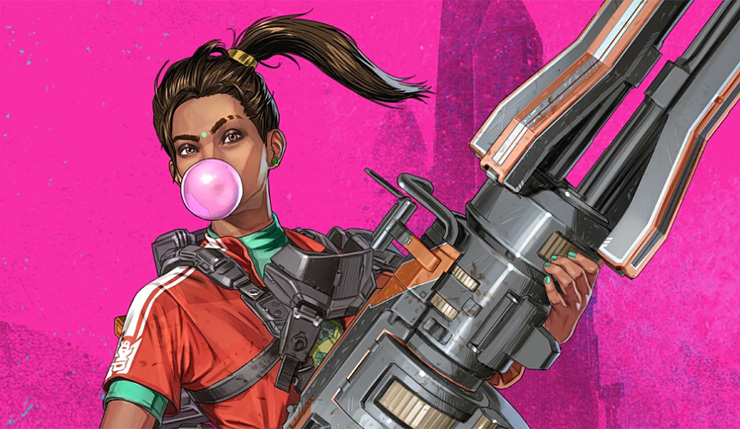 Apex Legends Season 6, entitled “Boosted,” drops in just a little under two weeks and EA and Respawn have revealed some early details about what players can expect. First up, meet the game’s newest legend, Rampart, an “expert modder” who looks to carry some serious firepower. You can check out the first teaser trailer for Rampart, below.

It seems like Rampart isn’t the only one who’s going to be doing some tinkering going forward, as Season 6 is going to add a whole new crafting system to Apex Legends. Here are Season 6’s key features:

Rampart seems like another solid addition to the Apex Legends roster. It will also be interesting to see how the crafting system will work – hopefully Respawn won’t exploit it by forcing players to endlessly grind for (or buy) materials for the best gear. No word yet on when we might see some Season 6 gameplay or more details about Rampart/crafting, but Respawn usually holds such things back until a few days before launch.

Apex Legends is available now on PC, Xbox One, and PS4 and Season 6 launches on August 18. What do you think? Looking forward to this next season? Does crafting sound like it will be a positive addition to the game?