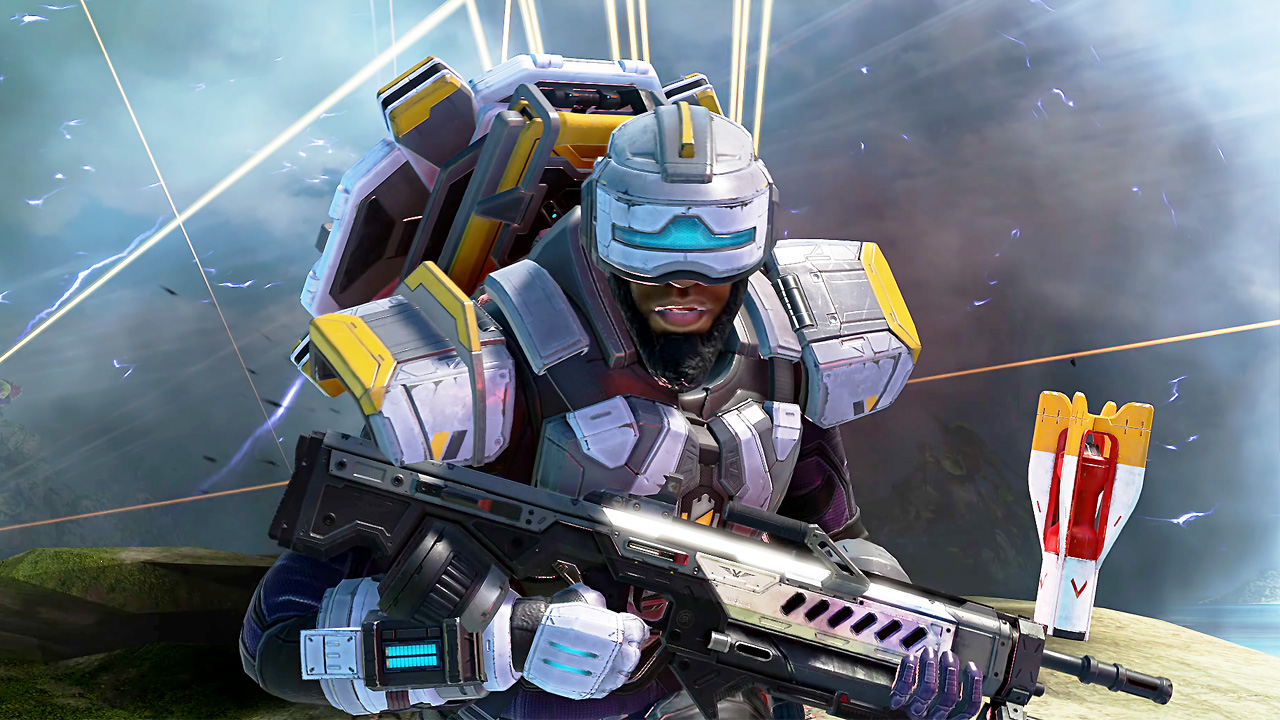 EA and Respawn began teasing it last week, but now they’ve fully pulled the wraps off Apex Legends’ next season, entitled “Saviors.” Perhaps the most notable and unique addition is a new expansion to the Storm Point map, that lets players battle inside a giant dead sea monster. Yes, really. You can check out first gameplay from the upcoming Saviors season, below.

Meanwhile, we also got some more detail on new Legend Jackson Williams, aka Newcastle, aka Bangalore’s brother. You can check out a “Stories from the Outlands” animated short featuring Newcastle, below.

The Hero of Harris Valley, Newcastle will need to shield his squadmates and his secrets to survive the Apex Games. When a monstrous beast attacks Storm Point, Newcastle leaps into the fray to protect and inspire his fellow Legends, because that’s what heroes are for. 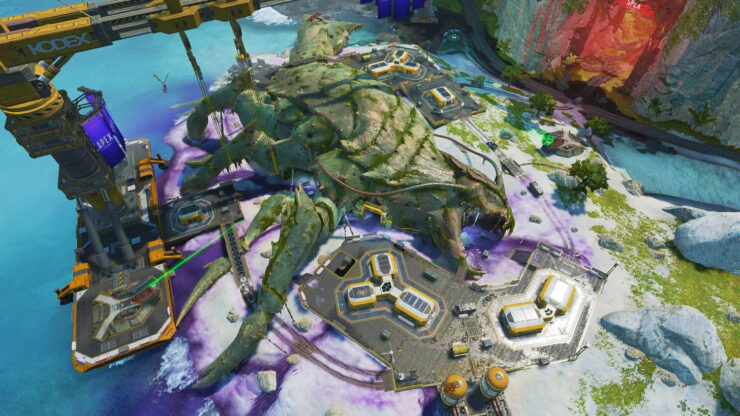 This POI is a high tier loot location that connects three rotations: North Pad, Checkpoint and The Mill. On the drop you will see a large crane on a floating barge which is part of the ECHO structures surrounding the Downed Beast. The beast's hard shell will provide plenty of protection from overhead attacks. The gravity cannon here allows players to assess the top of the beast or quickly flee if the ring is approaching. Teams are encouraged to land on one of the platforms and gather loot at one of the many ECHO tents, then make their way through the interior of the beast …but it could be risky! It might feel intimidating to approach, but you will find a high tier loot zone inside to fight for.

The wide-open jaw, and the four battle wounds make sizable openings on the body that can be used to flank the enemy. Alternatively, the top of the beast can be taken as the position of power to gain the height advantage, and oversee the nearby surrounding activity. Ziplines allow you to quickly take the position on the high ground to confront and eliminate the enemies above. It also gives you the ability to survey your enemies that might be approaching from the nearby POIs. There are multiple ways up for all Legends with common abilities, and this POI offers a full variety of combat opportunities to suit your fighting style, close quarters in the tents, the mid-range interior and long-range exteriors.

When you approach the armory, the ramp will automatically open to provide access to the interior. Once inside, you’ll find a payload of weapons and a button to access the valuable loot stored inside of it, which happens to be guarded by Spectres. Activating the armory will close and lock the ramp then initiate combat against multiple waves of Spectres. Survive for 60 seconds and you will receive smart loot that is catered to upgrade your loadout. The more Spectres you can eliminate as a squad, the more loot you’ll receive! Visiting these armories early in the match will have you geared up for the long haul. After completing the challenge, you have the option to eject up into the sky or simply leave the way you came.

As already detailed, Respawn Vancouver has also prepped a revamp for Ranked play and, of course, the usual battle pass and array of cosmetics for Apex Legends Saviors.

Apex Legends is available now on PC, Xbox One, Xbox Series X/S, PS4, PS5, and Switch. The Saviors season launches on May 10.