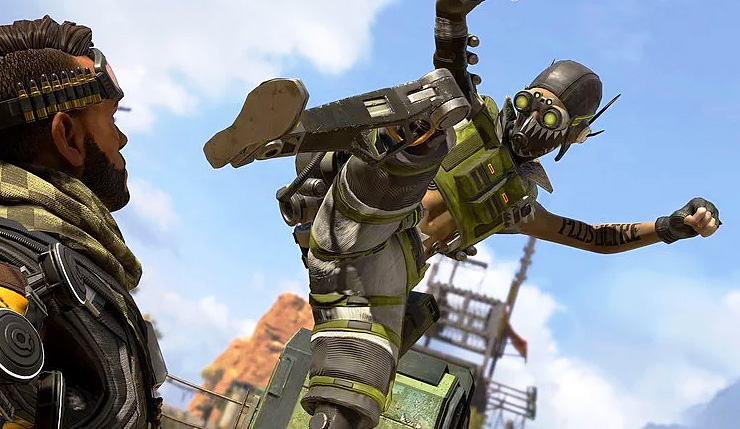 Apex Legends Season 1 and its accompanying Battle Pass launches today, but some fans aren’t that thrilled. EA and Respawn revealed the contents of the pass yesterday, and, admittedly, it could be a bit more exciting – it contains a lot of poses, badges, and trackers, and not a lot of super enticing cosmetics. It also doesn’t include any sort of in-depth quest system.

Perhaps sensing the Season 1 Battle Pass wasn’t going over that well, Respawn released a new blog post, explaining the thinking behind the pass. On the subject of rewards, Respawn emphasized the value of the pass, which includes enough bonus Apex Coins to get the next Battle Pass for free.

“In terms of rewards, we’ve tried to create a Battle Pass where first-time spenders can get a strong base of weapon and character cosmetics to fill out their initial collection at a deep discount. In addition, we’ve included our first ever three-stage evolving Legendary Havoc weapon skin, as well as Epic and Legendary Apex Packs. These rewards are all in addition the 1,000 Apex Coins you can earn through the Battle Pass, which you can put towards unlocking the next Battle Pass.”

As for the lack of quests, Respawn wanted to keep their first Battle Pass accessible for newcomers…

“Our first Battle Pass is all about letting you continue to learn and experiment with the core Apex Legends experience while earning awesome loot at the same time. You’ll notice the first version isn’t built around a complex quest system where you need to do a 720 backflip off of Watchtower Artemis and get two Wingman headshots before hitting the ground. While we think there’s really cool design space in quests and challenges for future Battle Passes, we wanted the initial version to allow our players to just play and learn the game.”

Respawn is promising to keep innovating when it comes to Battle Passes, so hopefully the next one is a bit more enticing. What do you think? Are you excited to earn some loot, or is Apex Legends’ first Battle Pass a hard pass for you?

Apex Legends is available on PC, Xbox One, and PS4. Season 1 launches today.