This Concept Hypersonic Jet Will Take You From London To New York In 11 Minutes!

Who doesn’t hate long flights? I know I do and so do you, even though companies are trying their best to meet every need of their flyer it still is not fulfilling enough. Now imagine if somebody made a jet so fast that you could literally reach from London to New York in just 11 minutes. That is the idea behind a 10 seater private jet that would use rocket boosters for takeoff, detach them when it reaches an altitude of around 12km and reach speeds up to Mach 24 (24 times the speed of sound!). If this concept does come to life then wouldn’t that be awesome!

Save time and travel fast with this new concept

The concept is called Antipode which is a probable creation of innovative engineer Charles Bombardier of Canada. This concept came about right after Bombardier unveiled his plans for a four winged scramjet called Skreemr, this jet will be able to carry 75 passengers at a time and will be able to reach a maximum speed of around Mach 10. If the Skreemr does become real then it will be traveling at ten times the speed of sound and five times more than the average Concorde jets flying around. 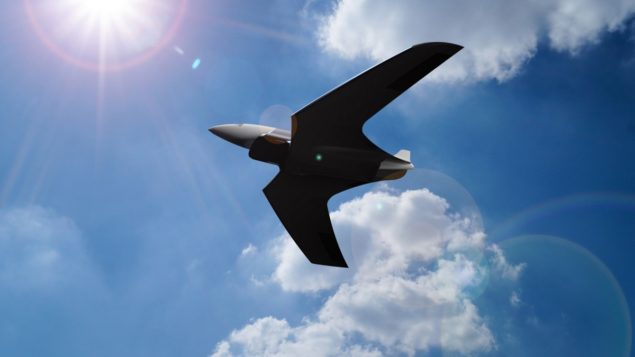 These scramjet systems are mainly powered by combusting liquid oxygen, and unlike the traditional propulsion systems they use oxygen which is primarily extracted from around the atmosphere which the aircraft passes through during its flight. This is the key to make this scramjet really fast because the oxygen makes it weigh less than any other system used.

"But in order to work properly and compress the incoming oxygen without the need for moving parts, scramjets need to be travelling faster than the speed of sound, at around Mach 4, which is something that no passenger plane has ever achieved - Concorde maxed out at Mach 2.0," says reporter Fiona MacDonald.

There is a problem associated with the system which is invented by Bombardier and what he thinks he can actually solve, because he wants to ensure that the wings and the nose of the plane never overheat even when it travels faster than the speed of sound.

"I am not sure the materials able to withstand the heat, pressure, and structural stress for this application have been invented yet," he said last year.

Now Bombardier says that he might include one idea which can potentially be a good solution and also showcases it in his Antipode concept jet,

I know this all sounds baloney but what Bombardier explains is a very simple concept. Unlike his proposed jet Skreemr, the Antipode hypersonic jet will launch with twin booster rockets on its wings, as soon as it the jet reaches a speed of Mach 5 and an altitude of 12km the booster will be dropped off. After this the supersonic ramjet engine would be revved up by an onboard controlling computer and that would enable the plane to accelerate at speeds up to Mach 24.
The biggest problem that the Antipode jet will face is the serious overheating issue and according to Bombardier his new jet would overcome this problem by cooling everything down.

"It would channel some of the air, flowing at supersonic speed, through a nozzle located on the nose of the aircraft, producing a counter-flowing jet of air that would induce LPM, which would in turn lead to a drop in surface temperature due to aeroheating and a reduction of the shockwave and noise caused by breaking the sound barrier," Tablang reports for Forbes.

But a problem still remains, the proposed LPM method only works best on spacecrafts which are designed to have as little surface area exposed as possible. The Antipode jet is not an ideal candidate for such a method and Bombardier does regard that:

"The Antipode’s current configuration does not reflect an optimal shape in that regard," he admitted to Forbes.

But at least he’s trying to do something, and let’s hope somebody comes up with a plan to counter this problem and we reach hypersonic speeds while most of us are still alive and breathing. Let us know your views about this concept jet in the comments below. 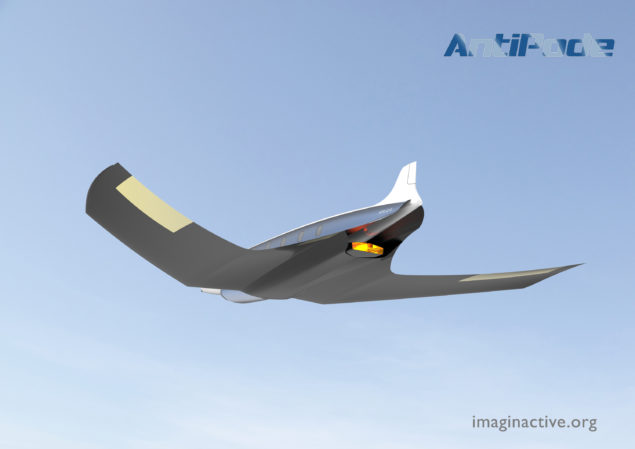