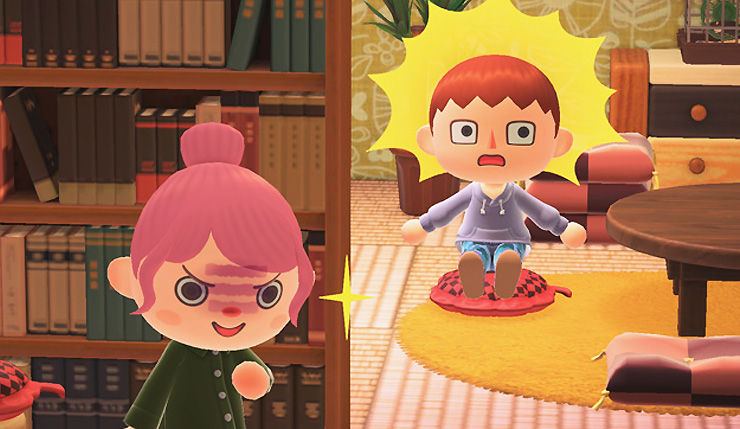 The next big update for Animal Crossing: New Horizons has been revealed, and Nintendo is celebrating a whole batch of holidays. Over the coming weeks you’ll be able to buy fancy duds for Prom, whoopee cushions for April Fools, and yes, the dreaded Bunny Day event is returning. Nintendo is also adding features to the game’s custom design editor and the new Island Tour Creator, which will allow player to make postcards and short trailers they can use to show off their island to friends. 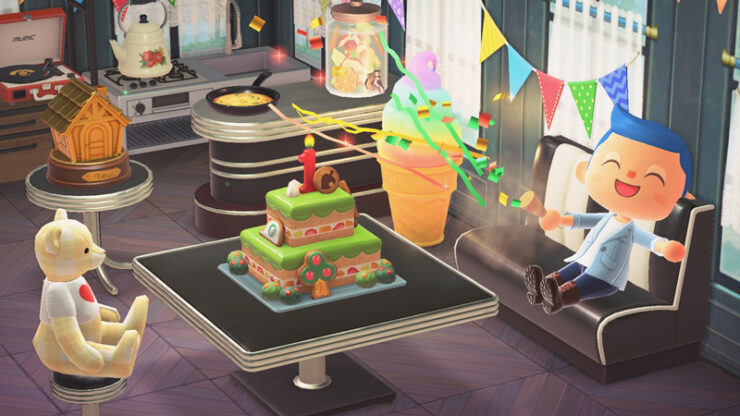 Here's the full rundown on all the new stuff coming in March/early April...

Sanrio Sweetness – Add some Sanrio Sweetness to your island. Starting March 26, the Animal Crossing Sanrio Collaboration Pack will be available for purchase at Target stores across the U.S. at a suggested retail price of $6. You’ll be able use these six vibrantly designed amiibo cards to invite cute and colorful Animal Crossing residents inspired by popular Sanrio characters to your island, including Rita, Chai and Toby. These amiibo cards exchange bells for special Sanrio-themed furniture and fashion items in-game, too. You can even invite these characters to Harv’s Island for a fun photo session in Photopia.

Custom Design Pro Editor + –The Custom Design app on your NookPhone is getting an upgrade!* Use your Nook Miles at the Nook Stop in Resident Services to unlock the feature. It’ll provide a more robust set of features, allowing for the customization of umbrellas, small flags, uchiwa and photo stands. And with a new expansion of 50 slots added to both the Normal Custom Design mode and Pro Custom Design mode, you can truly let your imagination run wild! 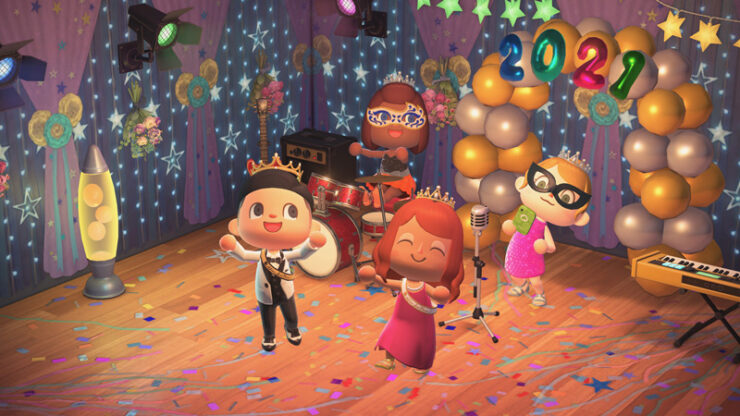 Seasonal Items – Spring is in the air, and with the changing of the seasons comes a range of new seasonal items! Just in time for April Fool’s Day, a variety of colors of whoopee cushions can be ordered between March 26 and April 1 from the in-game Nook Shopping service. For something a little more elegant, you can prep for prom season with themed fashion items at the Able Sisters shop from April 1 to April 30. You can also order prom-themed items from Nook Shopping during this period, such as a prom night wall, prom night flooring and a prom stash. Never miss a chance to dance!

Island Tour Creator – A new way to share your island with the world is on the way! The new Island Tour Creator launches on March 23 and is a limited-time web service currently planned to be available until the end of this year that lets you use screenshots and footage captured in Animal Crossing: New Horizons to create a poster and trailer for your island. Share your favorite spots on your island or commemorate sentimental scenes to show off what makes your personal island so special. Find out more info on the official Animal Crossing Twitter.

Animal Crossing: New Horizons is available now on Nintendo Switch. The new update drops on March 18. We’re coming up on a year of New Horizons – who out there’s still enjoying their island?