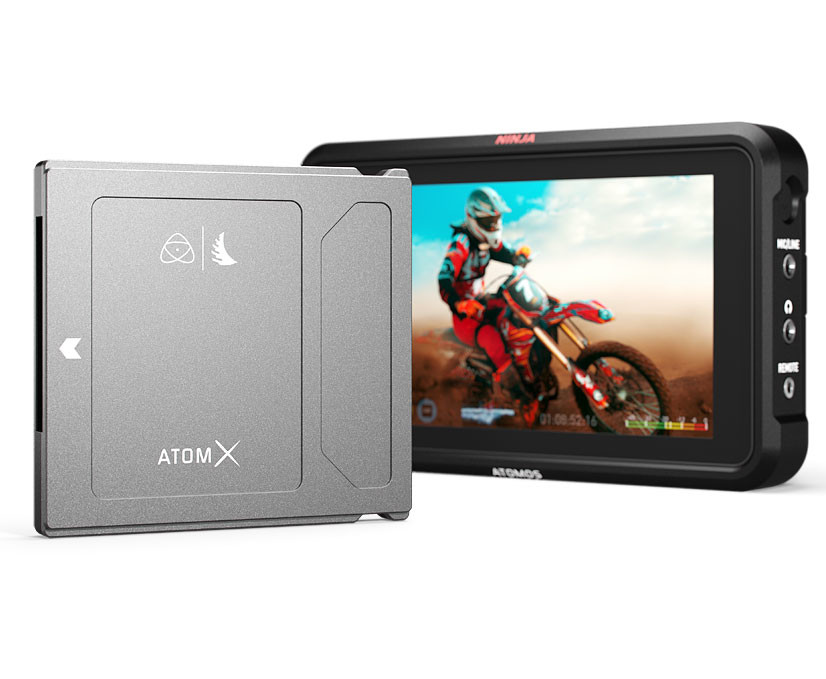 Every modern video shooter needs to have reliable kit that functions efficiently and handles well-only this way can you focus on your creativity and craft. In media, traditional SSDs have provided a solid, affordable, high-performance solution for professionals. Atomos have pioneered this with their open media policy on their devices-allowing you the freedom to use different SATA-based SSD media to deliver 4K for the cost of HD. This has allowed us to push the boundaries of technology and price/performance.

Angelbird has previously delivered the high performance, enterprise-class 4K RAW in partnership with Atomos-built for the highest level of performance and reliability to match demanding 4K, 2K high frame rate, HDR, and RAW workflows up to 5.7K. Now Angelbird has again worked with Atomos to deliver the AtomX SSDmini, offering incredible performance and SATA interface but with a much smaller form factor. Break free from the traditional 2.5" drive form factor that has been around for years and has its origins in IT systems. The AtomX SSDmini utilizes the same SATA III connector but reduces the dimensions to be only 7 mm high and 80 mm long.

Perfect by design
The SSDmini is the perfect companion to the new Ninja V by design. It easily supports 10-bit 4K 60p recording and works with the latest cameras such as the Panasonic GH5 and GH5S, Fujifilm X-T3, Nikon Z6 and Z7, and
Canon EOS R.

Backwards compatibility
The established Atomos Master Caddy guide rail system guarantees perfect docking to the SATA port. It also ensures backwards compatibility with the Atomos range of Ninja and Shogun devices, plus the Sumo19, Sumo19M and Shogun Studio (with the use of an adapter handle). With sustained read speeds of 550 MB/s and write speeds of 500 MB/s, the AtomX SSDmini by Angelbird supports CDNG up to 4K 30p, ProRes RAW HQ 5.7K up to 30p, plus 4K 60p and 2K240p.

Tough, beautiful finish in a choice of sizes
The Angelbird AtomX SSDmini comes in a beautiful metallic grey finish. The case is rugged, compact CNC-worked aluminum that offers a solid grip as well as X-ray, shock, and magnetic protection. It also provides effective heat sync technology. Under the hood the Enterprise-class SSD offers built-in EDC/ECC function, TRIM, and support for the Secure Erase function in AtomOS on compatible Atomos devices.

Angelbird will offer the AtomX SSDmini in 500 GB and 1 TB capacities and it will be available from Atomos' worldwide network of resellers and select distributors. Drives will be shipping following IBC in Amsterdam, September 2018.