In a recent leak, Android Tablet has been spotted in the dark with some Adobe Evangelist that is trying the tablet out. The picture had been posted on Twitter. The user had tweeted

Playing with Flash on an Android tablet. Can’t wait for this to be released 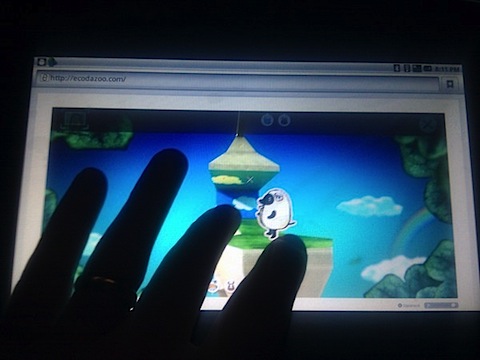 It seems the ability to run Flash has now been officially confirmed by this picture, and also that the Android tablet's release date seems to be closer than expected.  Also, in another tweet Ryan says that the tablet is running Froyo [Android 2.2] very well so it removes any doubts of the tablet having a weak processing capabilities. Stay tuned to learn more about it.