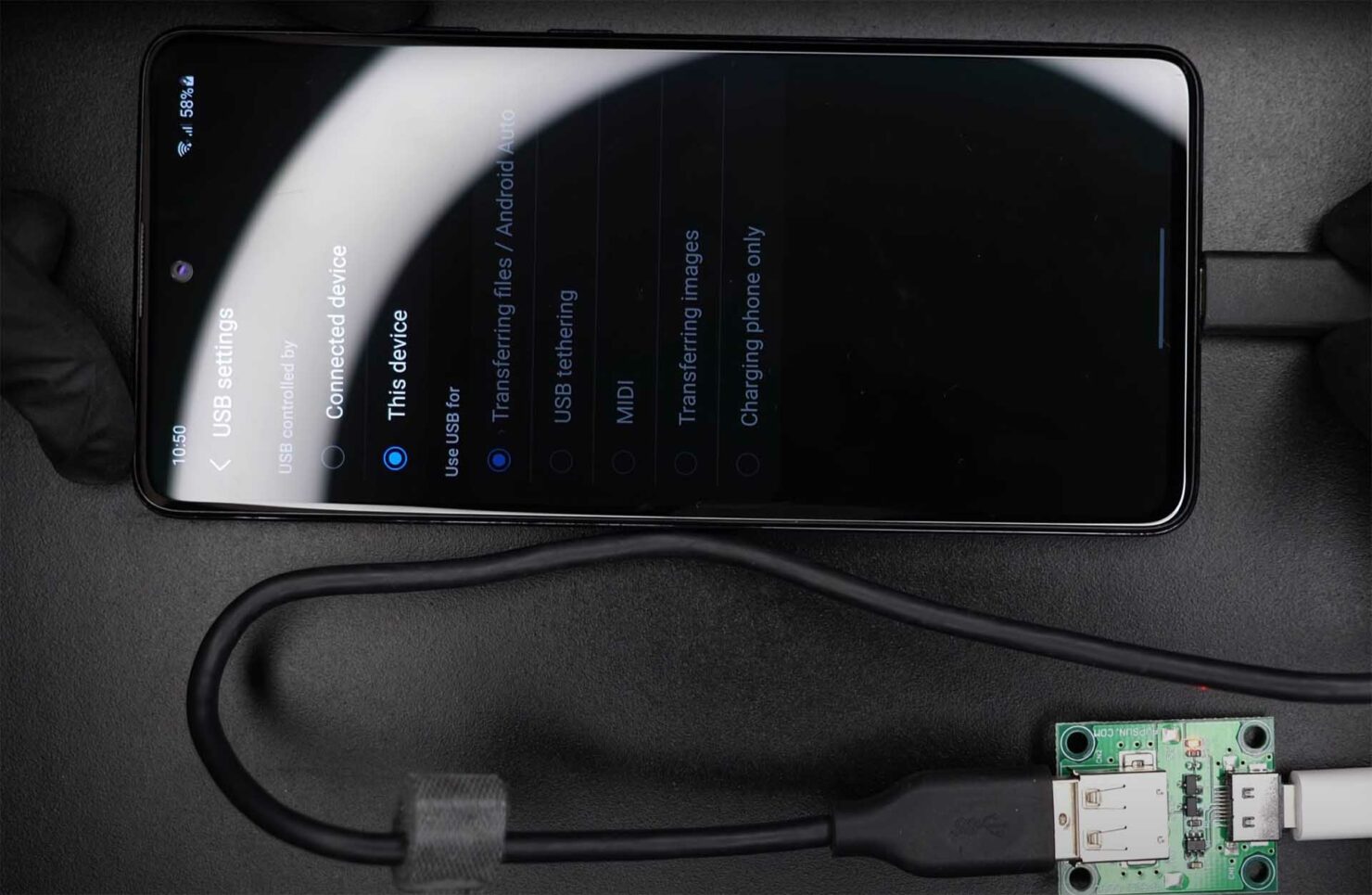 Talented engineer Ken Pillonel earlier showed how he successfully modded a Galaxy A51 with an Apple Lightning port. Given that the Lightning port is proprietary technology, making it work with the Android smartphone would have been an uphill battle, and Pillonel shares the complicated process here.

Apple’s Lightning Cables Have Safeguards in Place That Prevent It From Being Used in Knock-off Products, Which in This Case, Was an Android Phone

On his YouTube channel, Exploring the Simulation, Pillonel explains how it was difficult getting the Lightning port to play along nicely with the Galaxy A51. While it may have been a fun project, it was anything but easy, as Apple has authentication measures put in place to prevent its accessories from communicating with devices other than iPhones.

A chip present in the Lightning cable actually ‘talks’ to an iPhone, and if the handset talks back, the cable will provide both electricity and data. Knock-offs, which in this case would be the Galaxy A51, would not communicate with the Lightning cable, meaning it will not receive any power or data. Pillonel had to circumvent this obstacle, which is easier said than done. He uses a small board to help with the modding process.

Next, he opens up the Galaxy A51 to see if there is enough room to accommodate a Lightning port. Unfortunately, the existing port is too large for the USB-C port present on the Android handset, so again, Pillonel runs into a roadblock. Luckily, he does not lose hope and manages to salvage a Lightning connector from another accessory that, fortunately, turned out to be the size of the Galaxy A51’s USB-C port.

Next, he proceeds to make his own Lightning port using the pins from the previous accessory, and after seven iterations, he successfully develops a custom connector. Combining that with some micro-soldering and some ingenuity, he incorporates the new port to the Android smartphone. If you check out the video below, you will realize that the process was thoroughly lengthy, which will likely make you appreciate the trouble Pillonel went into making a simple connector work with another device.