Android Lollipop Appeared Out Of The Blue On BlackBerry Passport

Blackberry had been a center of acquisition host previously, although most of the news was either a rumor or a misconception to interpreting language. However, the company status suggests a likewise action. Blackberry is striving to retain and gain more sales but android and iOS keepers have been the cause for its dismissal. There have been many improvements made and actions put together that would boost the output but no many of them have succeeded. 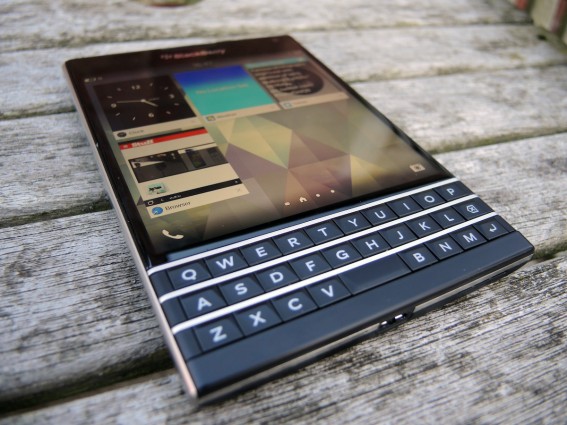 The current BlackBerry 10 is a potential holder to run some of the android applications but it has not made a great impact. On the other hand there have been several rumors coming up suggesting that BlackBerry might chose Android as its host operating system. This means the current OS will be foregone, replaced by Android. If this happens, BlackBerry will regard itself among other Android smartphone manufacturers and possibly to some extent, the company would come back into action.

BlackBerry Prepping A Phone With Android As Stock OS?

A BlackBerry Passport device purported that shows an android build running. The Venice codenamed device appears to have an Android 5.1 OS running. BlackBerry might take the center stage if it comes out true because the applications have not been such a great extent. BlackBerry seems to be working on Android driven smartphones and as to demonstrate the reliability of the news, a twitter post by Nicola D'Amico shows some authenticity.

As you can see in the post above, the image shows an android version OS running on the BlackBerry Passport. Judging by the details on the image, we can see that the last few letters show that the Android build has a specific version for the device, Blackberry Passport SQW-ANDS. Henceforth, it might seem true to some extent that Blackberry has been fooling around with the the Android device.

However, no official details have been said so far and we would not hear them for a while. The Venice handset is expected to be either an Android or a BB10 OS driven according to users choice. The novelty factor between the android and BB10 OS handset will be the company's bread and butter Messenger software. However, the rumor seems great and its just a matter of time when Blackberry would consider giving out the official word. As for now, what are your thoughts on it?