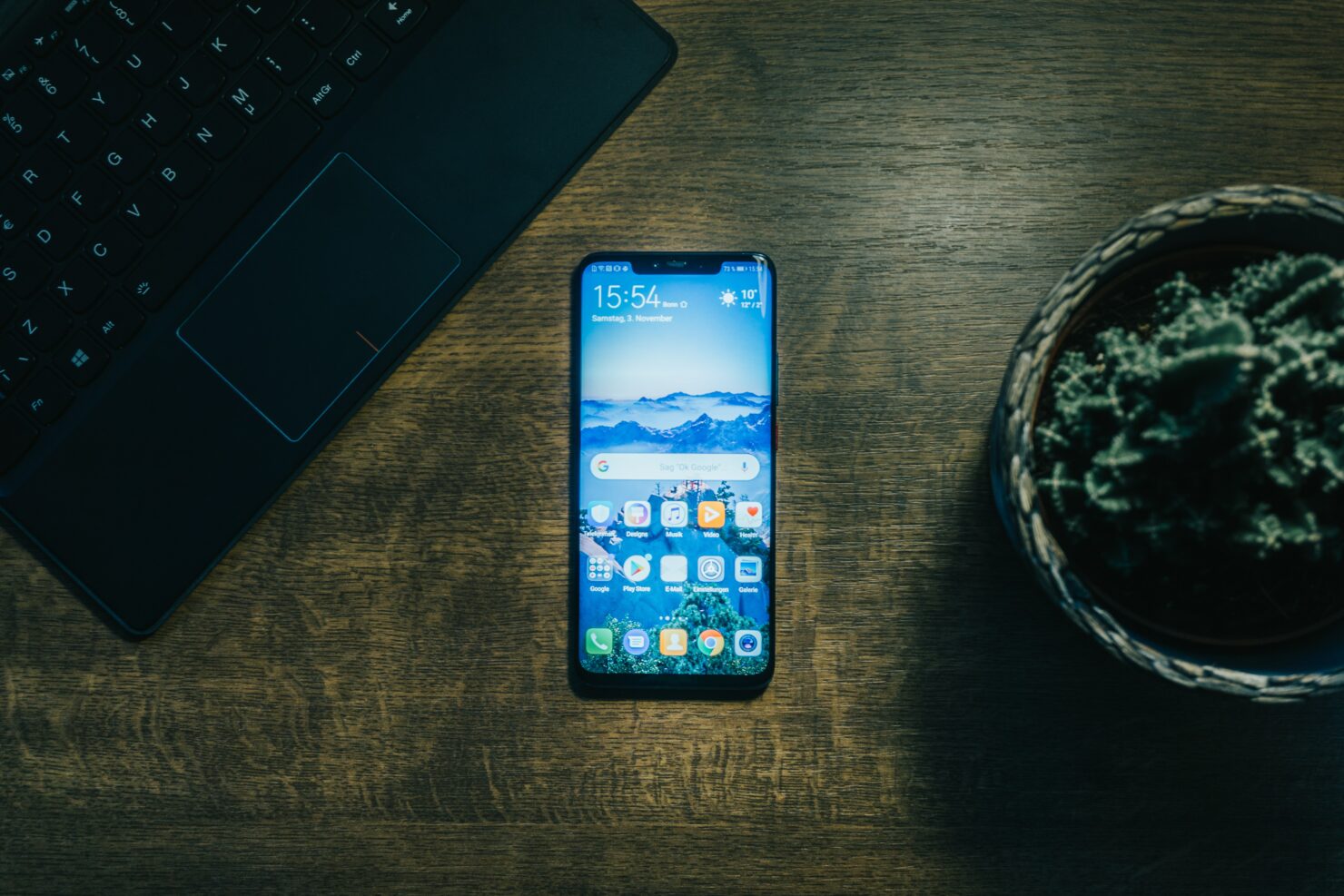 Activation of both iOS and Android are now evenly split into the United States. At the moment, there is little sign of movement towards either platform being the dominating one over the past two years. This is based on the data that was sourced by the Consumer Research Intelligence Partners (CIRP),

As Many People are Now Using iOS as They Are Using Android At Least in the U.S.

You can check out the graph shared by CIRP below.

CIRP partner and co-founder Josh Lowitz has talked about how the finding is important because, for several years, Android smartphones had a higher edge, with over 60 percent of customers opting for an Android phone in most of the quarters. However, in the past couple of years, iOS has been closing the gap and is now equal to Android in the market share.

Both Android and iOS users have had a high level of loyalty when looking at historical data. Android loyalty, however, has varied very slightly, staying in the narrow range of 90 to 93 percent in the past four years. On the other end, iOS loyalty has gradually increased over the past 4 years. Going from 86 percent in early 2018 to an impressive 93 percent in the most recent quarter that ended in June, earlier this year. 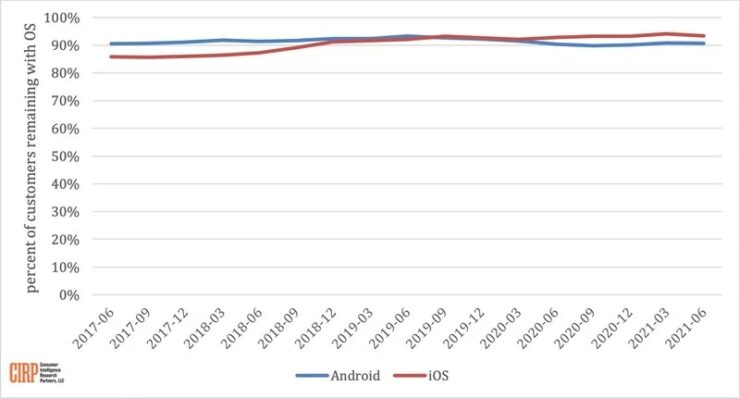 Loyalty and the tendency to switch platforms could explain the change in the share of new smartphone activations where iOS has gained loyalty in the market with a limited amount of switching happening. This is what Mike Levin explained.

In the most recent quarter, Apple had an edge in loyalty, with 93 percent of prior iPhone owners upgrading to a new ‌iPhone‌, compared to 88 percent of Android owners staying with Android. Over several years, iOS gained about five percentage points in loyalty, while Android remained flat. This allowed Apple to steadily increase the iOS share of new smartphone activations.

The latest data that CIRP published was based on a survey of 500 U.S. subjects that activated a new or used smartphone in the period from April to June this year. Considering how small the sample size is, there is a margin of error to these numbers. Still, the data provides a reliable insight into the activations and loyalty over time as it has been using the same survey for every quarter.

You can read the full press release here.