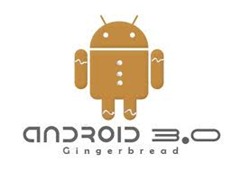 The people over at Digitimes have been reported as saying that HTC is indeed in-works of developing a tablet with the upcoming Android 3.0 OS. The launch date of this new tablet is said to be somewhere in the first quarter of the next year, that is 2011. The fact that Digitimes have sometimes been wrong, make this news just a rumor as for now.

However, using some common sense, this news could be possible try as Motorola is already developing their own tablet for the upcoming Android OS 3.0, due on Verizon somewhere around February.

I wonder if the tablet will be 7” or 10”. If it is 7” then surely it will be in competition with the Samsung Galaxy Tablet, the upcoming Apple iPad (7”) and the Dell Streak. As for now, Samsung and Dell continue to dominate their own markets and continue to compete with the iPad. The fact that the tablets cannot run Froyo (Android 2.2) very smoothly makes the tablets something not considerable as of this moment. However, Android 3.0 tablets will definitely change the scenario altogether.